Home / Sports / What we know about the 2020 PGA Championship 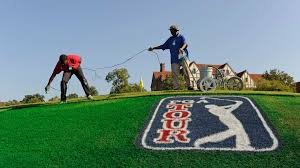 What we know about the 2020 PGA Championship

The PGA, or the Professional Golfers’ Association, is an organization based in the United States that is famous for the professional golf tours that it holds each year starting in 1965. The organization holds four premier golf tournaments, including the famed PGA Championship competition. This year, the event was planned to take place between May 14 and May 17. However, the worsening of the pandemic has pushed the Championship’s schedule back to August. Now, the new dates are set for August 6th to the 9th.

This year’s championship is being held at TPC Harding Park in San Francisco, the first one to be held at a TPC setting and in the Bay Area city of SF. However, 2020 marks the fifth time it would be held in California. TPC Harding Park will also be the fourth municipally-owned golf course that has ever hosted the competition.

Still, some famous golfers have chosen to skip the PGA this year. Without any fans in the audience like with other professional sports during these unusual times, players can feel demoralized as there is no one there to physically support them. However, these measures are necessary to prevent further spread of the coronavirus. A few of the players who will not be attending are Ryan Moore, Branden Grace, John Daly, and Vijay Singh. You can follow the PGA championship as it unfolds on ESPN or CBS.