Home / Health / What Is the Right Amount Of Radiation?

Today, radiation is a common and valuable tool in medicine, research and industry. It is used in medicine to diagnose illnesses, and in high doses, to treat diseases such as cancer. Also, high doses of radiation are used to kill harmful bacteria in food and to extend the shelf life of fresh produce. Radiation produces heat that is used to generate electricity in nuclear power reactors. Radioactive materials are used in a number of consumer products, such as smoke detectors and exit signs, and for many other research and industrial purposes.

The risk of increased cancer incidence is well established for doses above 10 rem. For low doses, it has not been possible to scientifically determine if an increased risk exists, but many scientists believe that small doses of radiation do lead to increased cancer risk, and that the degree of risk is directly proportional to the size of the dose. Risk estimates from low doses are obtained by extrapolation from high dose observations. Because of the potential for harm from exposure to radiation, radiation protection programs are designed to protect both workers and the general public, their descendants and the environment, while still allowing society to benefit from the many valuable uses of radiation.

The benefit must outweigh the risk. Radiation exposure must produce a net positive benefit. The amount of exposure must be limited. Radiation doses to individuals cannot exceed limits set by state and federal agencies. All radiation exposures and releases to the environment must be kept as low as reasonably achievable, below regulatory limits. People are required to implement radiation safety programs that reflect these principles. They are routinely inspected to assure that all operations are carried out safely. 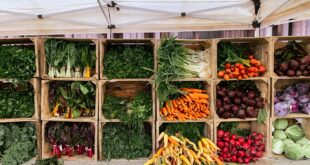 How Does Eating Vegetables Improve Your Health?