Home / Sports / What is Senioritis? 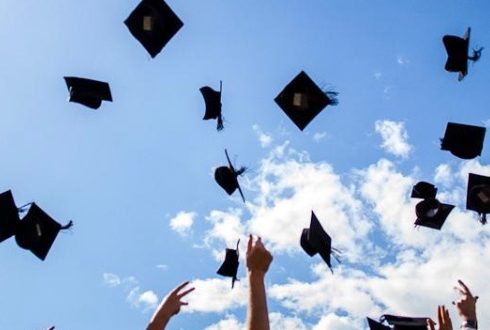 Senioritis. A word that modern high-schoolers like to toss around when they procrastinate on homework, show up late to class, or suddenly call in “sick” on Friday. As a senior myself, I often catch myself complaining about “senioritis” during long nights spent surfing the web instead of surfing through my math textbook. But what is senioritis, and what are its implications on our education?

According to Merriam Webster, “senioritis” describes the condition in which seniors suffer from “an ebbing of motivation and effort… as evidenced by tardiness, absences, and lower grades.” However, senioritis seems to be an inevitable result of the hyper-competitive nature of high school. While much of the American education system focused on grades and standardized testing, senior year is the ultimate culmination of everything stressful in high school: college applications. Hours spent working through essays, worrying about grades, piling on extracurriculars and club activities for that final “oomph” to show on a college resumé. For many high schoolers, deciding whether to apply to college or deciding where to apply, is the first major decision that could impact their futures. Furthermore, senioritis has worsened with the standardization of the college admissions process. With early-action and early-decision options, some students are accepted into schools as early as December. And for seniors who submit for the regular decision in December, they usually receive acceptances by the spring. Then senioritis overwhelms the majority of high-school seniors by May 1, National Candidate Reply Date, the deadline for students to confirm their college choice. Once that day is over, there’s no telling how many seniors in my grade will mysteriously disappear for the rest of the school year. Still, colleges and universities are actively trying to combat senioritis. Schools like Duke University, for example, require accepted students to send in their end-of-year transcripts before formally enrolling in the school in the fall. Several students have actually had their acceptance rescinded because their grades dropped so dramatically in the second semester.

Senioritis is real, and thanks to human psychology and the American education system, it’s likely here to stay.

Previous Dorian’s chaos across its path
Next Brexit Extension