Home / Sports / What is Badminton? 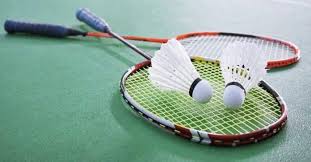 Badminton is a sport popular all around the globe: from Europe, to Asia, to the Americas. Along the way, the game has evolved into many different versions as well. Today, we will be discussing the origins of badminton and how it is played.

Badminton originated in Gloucestershire, England in the late 19th century. Its roots are tied to the game of battledore and shuttlecock, which can be traced back to ancient Greece. Battledore and shuttlecock was a simple game where players used paddles to hit a shuttlecock between them with the objective of keeping the shuttlecock from landing on the ground. This game was popular among English children, but its audience soon began to widen. Eventually, shuttlecock found its way into Asia, where it was dubbed “badminton”. Nowadays, it is extraordinarily popular among Asian countries.

Badminton is a classic racquet game that uses a shuttle (also known as a shuttlecock). It can include 2-4 players, depending on the match. Created in British India during the 19th century, the British military invented badminton while stationed in India. Now a globally recognized sport and even played at the Olympics, badminton is the fastest racquet sport in the world.

Similar to tennis, the shuttle is a small feathered or plastic object which players hit over a net that divides the court in half. For casual games, a weatherproof net and a grassy area work best. A traditional badminton set includes 2-4 racquets, a shuttle, and a regulation size badminton net. Boundary lines are helpful to determine those close, questionable calls when shuttlecocks land near boundaries. Great for any backyard gathering or family barbecue, badminton is a fun outdoor yard game that anyone can play with a bit of practice. There are generally one or two players on each side. As both teams hit the bird back and forth, the team who hits the bird onto the ground on the opponent’s side of the court gains a point.

For these reasons, badminton is a fun game to play during the summer. It is enjoyably competitive but also easy to learn!