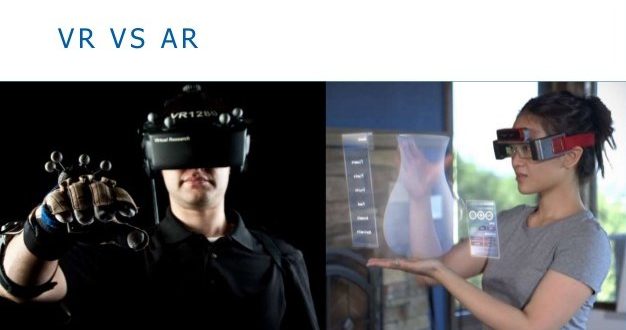 So, what is virtual reality and augmented reality. According to Merriam Webster, virtual reality, or VR, is an artificial environment which is experienced through sensory stimuli provided by a computer and in which one’s actions partially determine what happens in the environment. On the other hand, augmented reality (AR for short) is an overlay of content on the real world, but that content is not anchored to or part of it.

Oculus has mostly dominated the virtual reality industry in the past, but with many other companies also joining this industry, their position is not secured. When virtual reality was first introduced, it was most eagerly received by the gaming industry because of its potential to allow for a more immersive experience. Soon, people realized that this kind of technology could also be used for training and learning. UPS, a package delivery company, uses virtual reality devices to train its drivers how to drive one of its ten thousand pound trucks safely. Virtual reality is also slowly starting to expand into more industries.

Although augmented reality may not sound as exciting as virtual reality, it still has enormous potential and is starting to garner more interest from the public. Many apps incorporate augmented reality: Snapchat uses it to add flair and decor to the photos, Pokemon Go uses it as a background, and AR Measure uses it to measure distances. These implementations only offer a taste of what augmented reality can become.

Now that you know both sides of the coin, who do you think is right, Mark Zuckerberg or Tim Cook. Will the freedom that virtual reality gives prevail, or will the “human connection” of augmented reality win out?