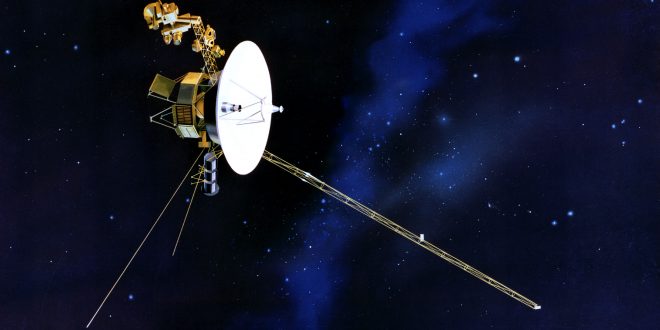 Artist's concept of Voyager in flight.

The Voyager 1 is an extremely old space probe, created to explore the outer solar system. It was the first manmade craft to ever leave the solar system and it’s been out there for more than 40 years. It is still actively sending back data, and is more than 13 BILLION miles away from us.

The thrusters fired for only milliseconds at a time, which is more than enough considering that there is no resistance in space. These thrusters were able to make it so that the Voyager 1 would still be in operation for a couple more years.

Previous Christmas Packaging: A Dilemma
Next The Opioid Addiction Crisis