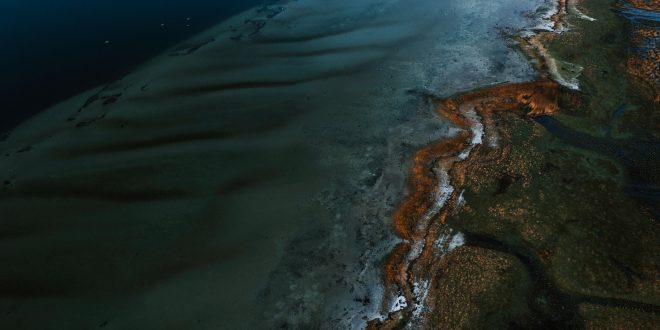 Volunteers Fight to Keep Leaking Oil Away From Mauritius

On July 25th, the MV Wakashio, which carried around 4,000 tonnes of oil, was damaged in a coral reef off the Indian Ocean. Mauritius is home to world-famous coral reefs, which makes tourism an essential part of its economy.

To prevent the oil from reaching Mauritius Island, locals are making plant-based straws stuffed into fabric sacks to absorb the oil, tubes with tights and hair, and plans to clean up the beach.

Though conducive to the environment, their actions go against the law, which demands the public to leave the clean up to the authorities.

Ashok Subron told the AFP news agency that the locals feel a strong sense of responsibility towards protecting the flora and fauna.

Mitsui OSK Lines, the operator of the ship, stated that it had tried to place containment booms around the ship, but that it was impossible due to rough seas.

Helicopters are also adding to the workforce by removing oil from the ship.

From the 4,000 tonnes of oil abroad the ship, at least 1,000 have leaked to surrounding waters.

Environmentalists are concerned about the impact that this oil spill may have on the ecosystem because the ship ran aground at Pointe d’Esny, a known wildlife sanctuary. In addition, the sanctuary contains extremely important wetlands that were designated by the Ramsar convention.

Happy Khamule, a member of Greenpeace Africa, said that thousands of animal species were at risk of drowning in the polluted area, which could affect Mauritius’ economy, food security, and health.

Police in Mauritius are currently investigating the ship.

On Friday 7th, the Prime Minister of Mauritius, Pravind Jugnauth, declared a state of emergency and asked for help.

France responded with a military aircraft, equipped with pollution equipment, sent from the nearby island Réunion.

On Saturday 8th, Japan announced it would be sending a team of 6 people to assist the French.

Volunteers and government officials from all around the world are joining hands in fighting against the oil leak on Mauritius Island. Though this is just one of several hundred oil leaks in the world, I urge you to take initiative in conserving the planet by taking cautionary steps to reduce oil production and waste.