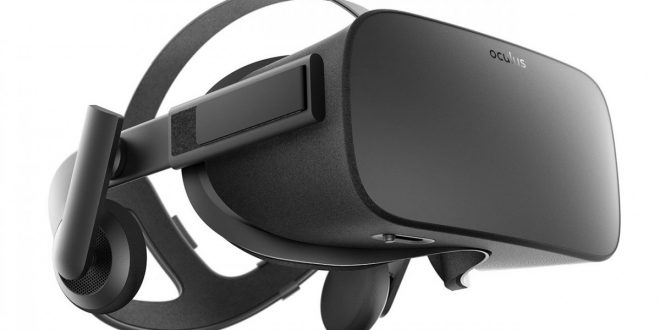 Have you ever wanted to live in a world like a video game? You can now, with the Virtual Reality headset also known as the VR headset. The VR headset is a gadget you can wear to make it physically feel like you’re in the game. The headset covers 360 degrees, which allows you to explore the game world around you. VR all started from a teenager who is now 23 years old, named Palmer Luckey. He is an American inventor and entrepreneur who went to school at California State University, Long Beach. He created the prototype called the Oculus Rift, which was the first VR headset, when he was 18 years old.

The VR headset works by streaming a video or game into the headset using a HDMI cable. Then it takes the pictures streamed through and puts them at an angle making the game look 3D. The VR headset can be taken into extreme cases to having your whole body inside the game, using other gadgets like special treadmills and body sensors. You can have your whole body in the game, and you could be able to move around in the game. Mainly people just wear the headset, which can shift up if you look up, and goes down when you look down.

When the VR headset was first made, many people wanted to use it. Sadly most people couldn’t because it was so expensive back then. Today there are over 12 million people who have bought one in 2016, and the device has only been around for about 4 years. The VR is so popular that it is expected for the company to make 12.3 billion dollars by 2018, so $12.3 billion in 6 years. The Xbox 360 has approximately made $14.5 billion in an 11 year span.

The VR is cool, but there are some bad parts.  The VR headset completely covers your eyes and ears, which means you can’t see and hear the real world around you. Without being able to see, you will most likely fall. The VR headset also can make you nauseous or sick, which is why the manual suggests taking breaks often while using the VR headset. Virtual Reality can absorb your attention and have you focus in a fake world rather than the real world. The most obvious reason is it can harm your eyes a lot.

Previous Bullying
Next Ball is Life