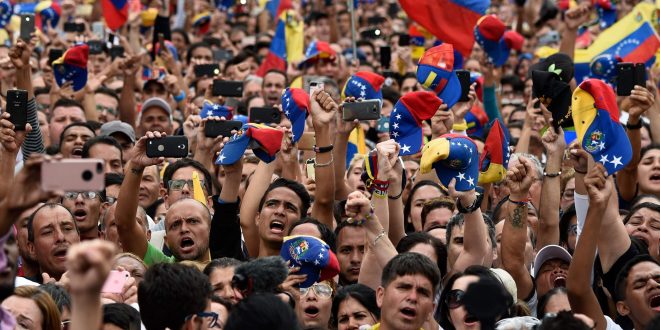 Shortly after Trump’s announcement, Maduro broke relations with the U.S. and gave 72 hours for diplomats to leave Venezuelan territory. Maduro claims the U.S. has long been behind attempts to drive him from office.

Under Maduro, who is beginning his second term, the Venezuelan economy saw a continuous fall. Growing political dissent was accompanied by inflation, food shortages and mass exodus of Venezuelan citizens.

On January 23, Guaidó declared himself acting president. Guaidó—and many other Venezuelans—do not recognize Maduro’s re-election. During the election, opposition candidates were blocked from running, and many other fled the country under fear of imprisonment.