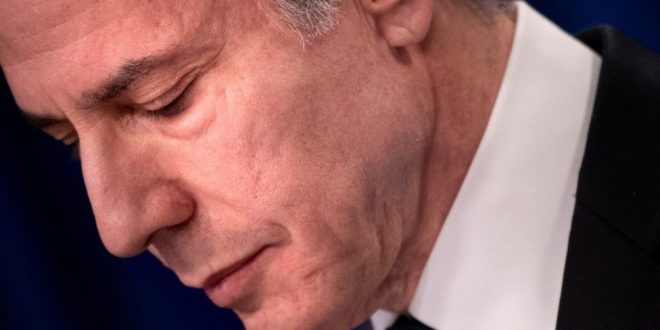 US Rejects Russian Demand to Bar Ukraine from NATO

The US has rejected one of Russia’s demands to prevent Ukraine from joining NATO, amid a threat of a Russian invasion of NATO.

Secretary of State Antony Blinken rejected the demand in a formal response to Russia’s demands to resolve the Ukraine crisis.

Blinken made no concessions, but said that he is offering Russia “a serious diplomatic path forward, should Russia choose it”.

While the document, delivered by the US in coordination with its NATO partners, does not address the main Russian concern about the military alliance’s expansion, Mr. Lavrov said that it “gives hope for the start of a serious conversation” on secondary questions.

Russia had issued a written list of concerns regarding the expansion of NATO and other security issues. The demand to bar Ukraine from NATO was included among the concerns.

Over the course of the past month, Russia has been amassing large numbers of troops on the Ukrainian border – which Western countries have seen as preparation for a possible invasion. These allegations have been denied by Russia.

Blinken said the US response has made its “core principles” clear, and has reaffirmed that the US will support Ukraine’s sovereignty and its right to decide whether it will join NATO.

“There should be no doubt about our seriousness of purpose when it comes to diplomacy, and we’re acting with equal focus and force to bolster Ukraine’s defences and prepare a swift united response to further Russian aggression,” he said.

Previous My Morning, Night, Weekend Routine
Next Why is Organic Food Better?