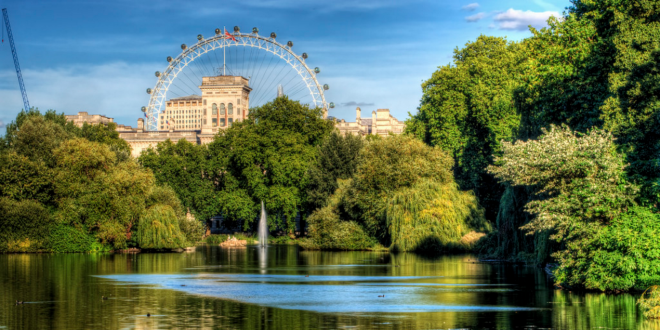 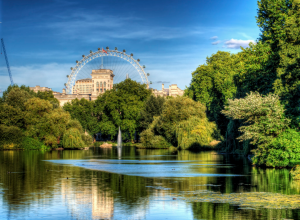 When one thinks of a city, parks typically don’t come to mind. To be sure, parks are part of cities, yet they also are not—parks are a sort of seclusion from the hustle and bustle of manmade skyscrapers and factories. Parks are screenshots of nature amidst urban society.

Daniel Raven-Ellison, however, has a vision to transform people’s perception of parks and the role of parks in the city. In short, Raven-Ellison, self-proclaimed “guerrilla geographer” and National Geographic explorer, is advocating for the entire city of London to be declared a National Park—for the blending of city and park.

He argues that London’s characteristics of nature go beyond simply being a jungle—a concrete jungle—for the city is already 47 percent green space in thanks to its urban parks,  backyards, and untended bits of land.

On the edge of the city lies Epping Forest, a hub of biodiversity that 8.4 million trees call home; yet, the biodiversity does not cease to stop there. For example, Culex molestus, a new species of mosquito, evolved while inhabiting the London Underground.

“London is the most biologically diverse place in the United Kingdom precisely because people are there,” says Raven-Ellison. “Rainforest national parks are very different from desert national parks. A city is very different from both of those but it is not necessarily less valuable.” By challenging society’s traditional definition of a park, Raven-Ellison sees potential for society to gain a greater appreciation for the nature already around us.

Like many other citydwellers, Timothy Beatley, an urban planner at the University of Virginia, is on the same page as Daniel Raven-Ellison. Thanks to Beatley, an assortment of “biophillic cities,” including Singapore; Birmingham, and San Francisco, have committed to growing the amount of nature in urban life.

“The basic idea is that nature in cities is not optional but absolutely essential to leading a happy, healthy, meaningful life,” Beatley claims. His biophilic cities are planting trees, draping buildings’ walls and roofs in moss and ferns, installing bird-friendly window panes, offering incentives to homeowners to plant drought-tolerant, wildlife-friendly gardens, and more.

Likewise, childhood natural history education is being augmented to, and residents are being encouraged to take in more bits and pieces of nature after walking out the door. What are the species of trees on your city block? How many different species of birds roam the sidewalks and traverse the sky?

Many London politicians, one being mayor Sadiq Khan, are getting on board with Raven-Ellison’s concept of a “National Park City.” Currently, Raven-Ellison’s most immediate goal is to grow London’s 47 percent green up to 51 percent. He believes that for his ideas to materialize, residents need to be inspired to love nature, rather than simply leave or preserve it.

“If we want future generations to care about the most pristine wildest of wild,” Raven-Ellison says, “then they have to feel it between their toes on their doorstep first.”

Cindy is senior at Henry M. Gunn High School and is incredibly honored to be a part of the Rising Star Magazine team. She enjoys belting out Disney songs, playing piano, watching Chinese dramas, and babysitting. Cindy serves as California DECA's VP of Silicon Valley and is also the singing teacher at FCSN and the President of HEARTS Nonprofit. She can be contacted at cindy@risingstarmagazine.com
Previous Sports Injuries
Next NASA Selects 2017 Class