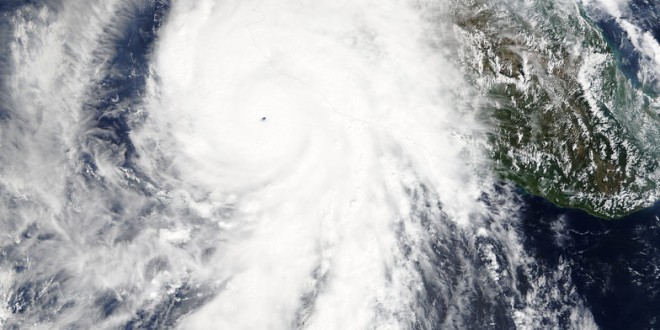 Mexico remains relatively unscathed by Hurricane Patricia, fortunately calming down into a tropical depression. The mountains on the coast absorbed most of the power, resulting in little damage. Thousands were evacuated from luxury beach resorts and towns, and no casualties occurred. Mudslides remain a potential hazard. 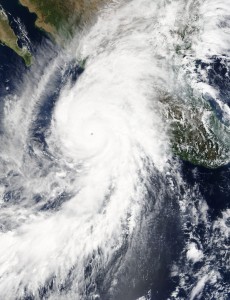 Hurricane Patricia is the most powerful hurricane ever reported. The category 5 hurricane sustained winds of up to 200 mph and had a minimum pressure of 879 mbar, exceeding Hurricane Katrina, whose winds went up to 175 mph. The intensification of Hurricane Patricia was one the fastest on record, with its central pressure falling by 100 mbar in just 24 hours with winds of 165 mph, making it the most powerful landfalling Pacific hurricane as well.

Cindy is senior at Henry M. Gunn High School and is incredibly honored to be a part of the Rising Star Magazine team. She enjoys belting out Disney songs, playing piano, watching Chinese dramas, and babysitting. Cindy serves as California DECA's VP of Silicon Valley and is also the singing teacher at FCSN and the President of HEARTS Nonprofit. She can be contacted at cindy@risingstarmagazine.com
Previous Russian Plane Crash
Next Late-Night Snacking