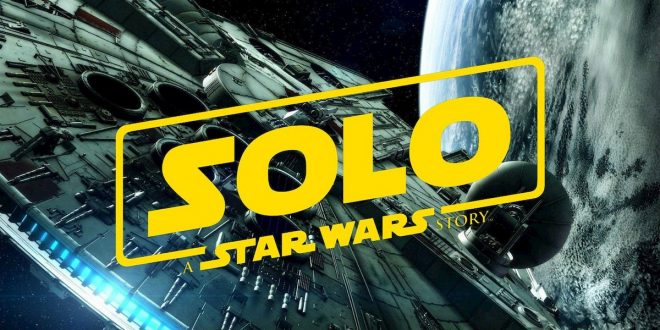 It is no secret that George Lucas envisioned 9 episodes of the epic Star Wars saga. The franchise started with the second (original) trilogy in 1977 when Episode IV: Star Wars (later retitled as Episode IV: A New Hope) was released followed by Episode V: The Empire Strikes Back in 1980 and Episode VI: Return of the Jedi in 1983. Subsequently, the first (prequel) trilogy (Episodes I: The Phantom Menace, Episode II: Attack of the Clones, Episode III: Revenge of the Sith) was released between 1999 and 2005. In 2012, Disney bought Lucasfilm and in the last 3 years it has released Episode VII: The Force Awakens (2015), Rogue One (2016), and Episode VIII: The Last Jedi (2017). Over the years, the Star Wars saga has garnered millions of fans around the world and has enjoyed a tremendous commercial success that makes it the second highest-grossing film series and holds the record for the “Most successful film merchandising franchise” according to Guinness World Records. Capitalizing on the huge and ever-growing Star Wars fan base, Disney plans to go far beyond just the original 9 episodes planned by George Lucas. These include not only the origin of beloved characters but also completely original storylines outside of George Lucas’ work.

Despite the drought of Star Wars movies following the 2005 release of Episode III: Revenge of the Sith, Disney was able to revitalize fan interest in Star Wars saga with the successful release of the first installment of the third (sequel) trilogy Episode VII: The Force Awakens in 2015 which had grossed over $2 billion at the box-office, making it the highest-grossing Star War movie so far. Following the recent release of Episode VIII: The Last Jedi last December 2017, fans are naturally anticipating the release of Episode IX, the final chapter of the Star Wars sequel trilogy. Not much is known about Episode IX besides the fact that it is planned for Dec 20, 2019 release and that it will be directed by J.J. Abrams who also directed The Force Awakens and who has a long list of successful movies and TV series under his belt.

Staying within Lucas’ Skywalker Star Wars story-line, Disney is expanding the franchise with anthology series starting with Rogue One, which is a story about a group of rebels who stole the plans for the Death Star with the story ending right before Episode IV: A New Hope. Rogue One received positive reviews and grossed over $1 billion worldwide. In fact, the next Star Wars movie to be released, Solo: A Star Wars Story, is the second movie of the Star Wars anthology series. Similar to Rogue One, the second Star Wars anthology movie is also a prequel of Episode IV that follows the adventures of Han Solo and Chewbacca about 10 years prior to Episode IV. To ensure the success of the new movie, Academy-award winner director, Ron Howard, has been signed up to direct the movie. The Solo screenplay was co-written by Lawrence Kasdan and his son, Jon Kasdan. Lawrence Kasdan is a Star Wars veteran who wrote the screenplays for Star Wars movies The Empire Strikes Back, The Return of the Jedi and The Force Awakens. The first full trailer of the movie debuted during Super Bowl 2018 showing a young Han Solo speeding across the galaxy in the Millenium Falcon. It is scheduled to be released on 2018 Memorial Day weekend. There are also rumors that more Star Wars spin-off movies are being planned as part of the anthology series including one on Obi-wan Kenobi as well as other Star Wars characters.

In addition, Disney/Lucasfilm plans to go beyond the Lucas’ Skywalker Star Wars storyline similar to what has been done in other successful franchises such as Star Trek and the Marvel franchises. They have announced two new trilogy series with completely new storylines. The first of the new trilogy will be written and directed by Rian Johnson, the director of The Last Jedi. The second of the new trilogy, which has a separate storyline from from the Rian Johnson trilogy, will be led by David Benioff and D.B. Weiss, the creators of the Game of Thrones series. Work on this latter trilogy of Star Wars will start as soon as the next (final) season of Game of Thrones is completed.

It appears that the force remains strong within Disney as they are churning out Star Wars movies at a much faster pace. If you are a Star Wars fan, you can look forward to many adventures in the far far away galaxy.

Megan is a senior at The Harker School. She is interested in applied mathematics, computer algorithms, artificial intelligence, cognitive vision science, and economics. Outside of school, she is a tutor and mentor at the Boys and Girls Club of the Peninsula (BGCP), a regular volunteer at Second Harvest Food Bank (SHFB), classical pianist, and an avid figure skater. In her free time, she enjoys exploring hiking trails in the Bay Area and Lake Tahoe, reading science fiction books, WIRED and The New Yorker magazines.
Previous Fumes of Fire
Next Our Voices, Together: Student Walkouts After the Florida Shooting