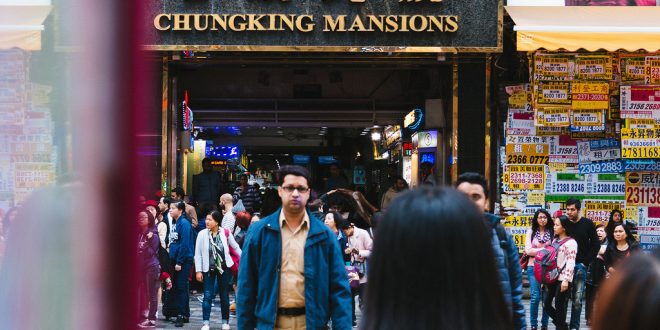 Hi everyone, your friend Ubik is back! Last time I recommended Wong Kar Wai’s film ChungKing Express, so this time I want to write a critique of this film to share my feelings. If you have watched it before, that’s great, because this will help you learn what I am talking about in this article. If you have not seen it before, it’s fine, because I have prepared a film link!

So, after seeing this film, you might have some questions, like “why is this film’s name ChungKing Express?” Good question. My personal view is this film is trying to show that love is like a night express. Also, night express is the main location in the film. A forest is a big place, a forest will let people go missing, it makes a poetic style, also can be explained to the ChungKing Mansions ― the place stories happened. In a forest, you can not know what will happen in the next minute. ‘In each single day of our life, we hastily brush past strangers that mean nothing.’ Although the story happened in a modern building, but I felt like I was in a pure fairy land.

Also, this film taught me so much. I used to think I was falling in love and felt heartbroken when we broke up. But Wang told me through his film: you just love your love, but not your lover. I still remember in the film, 663 told Fei that music he was listening was his girlfriend’s favorite, Actually that music had been changed by Fei. He said he loved his girlfriend, but the truth is he never cared what his girlfriend likes. This is a gap in understanding, I used to not know this until I watched ChungKing Express.

Previous Life Cycle of Silkworms
Next Back to School Shopping Tips