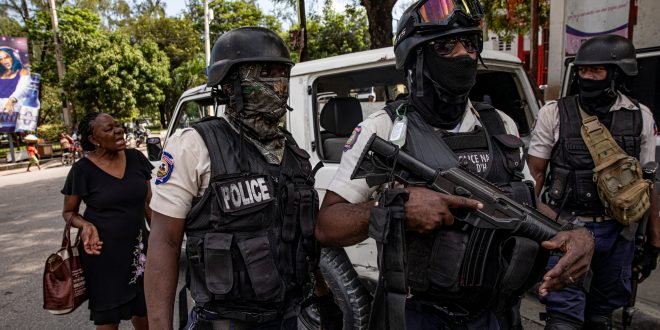 Around 15 American missionaries and family members have been kidnapped on Saturday by gang members outside the Haitian capital, according to local law enforcement.

The group of between 15 and 17 people, including minors, was being held by an armed gang which is known for thefts and kidnappings in the region between the Haitian capital Port-au-Prince and the border with the Dominican Republic, authorities said.

A spokesperson for the U.S. has refused to provide any information.

“The welfare and safety of US citizens abroad is one of the highest priorities of the Department of State. We are aware of these reports and have nothing additional to offer at this time,” the official stated.

Armed gangs have controlled the poorest districts of the Haitian capital for years, and have started extending their influence to other parts of Port-au-Prince, carrying out crimes such as kidnappings frequently.

More than 600 kidnappings have been reported since the beginning of this year, over a 150% increase from last year. Haiti has been struggling politically and economically for years, and the assassination of President Jovenel Moise in July has plunged the small Caribbean country further into crisis.