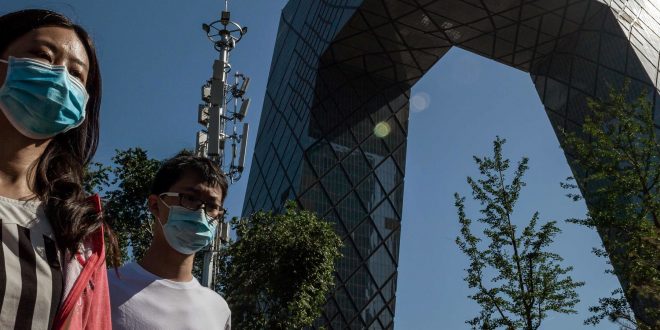 On Monday, June 22nd, the Trump Administration announced that it would be designating four more Chinese state-run media outlets operating in the United States as “foreign missions”.

State Department officials said that they were taking action in order to notify American citizens that the media outlets will be viewed by the U.S. government as propaganda outlets for a foreign government. The media organizations will be required to send the United States a complete roster of employees in the United States as well as a list of all real-estate holdings.

The actions is part of a larger campaign by the Trump Administration to counter aggressive policies by China.

In February, after the U.S. government first designated Chinese state-run media outlets as “foreign missions”, and after a move by the Chinese government to expel three journalists for the Wall Street Journal, The Trump Administration imposed visa quotas on the five organizations first labeled as functionaries of a foreign government. In total, the visas of 60 Chinese journalists operating in the United States were cut. The Chinese government responded by expelling a total of 13 American journalists for The New York Times, The Washington Post, and the Wall Street Journal.

The four organizations that received special designations recently were China Central Television, China News Service, People’s Daily and Global Times. These organizations were designated due to being “substantially owned or effectively controlled” by the Chinese Communist Party.

In recent years, the Chinese Communist Party has increased efforts in attempts to coerce foreign news organizations to “self-censor” their coverage. The Chinese government has increasingly refrained from issuing visas to correspondents of news organizations which it deems too critical of the CCP. These actions are projected to seriously impact relations between the United States and China in the future, and some are predicting retaliation from China.