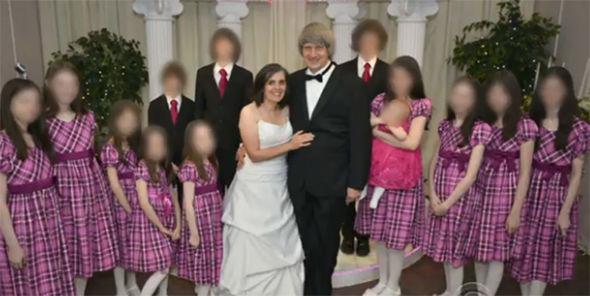 The Turpins: Thirteen Sibling Captives in House for Years

On Sunday, January 14th, just before six o’clock in the morning, a starved 17 year old girl called the police to report that she, along with her other twelve siblings, was being held captive by their parents. With the couple’s children chained to furniture and most of them suffering from malnutrition and cognitive impairment, David and Louise Turpin were arrested on charges of torture and child endangerment after the police showed up.

A few months before the escape, Wendy Martinez, one of Turpin’s neighbors, noticed something odd about the family. Perris, a small town just outside of Riverside, California, is a tight knit community.  People greet one another when passing by and children play along the sidewalks after school. However, the Turpins were never once seen outside like any regular families. There was no Sunday BBQ or attending community events. They were known for their oddness and secrecy. Very little information was given to outsiders; all the neighbors knew was that the family moved here in 2014. David Allen Turpin worked for a defense contractor, and Louise Anna Turpin was a housewife.

One day around midnight, Wendy spotted an even odder scene. She noticed that four children, pale and awfully skinny, were playing on the grass and acting like dogs. Louise was there standing behind them with no facial expression. When Wendy went up to say “hi”, the children completely ignored her as if they were told to do so. Still, despite the oddness, the Turpin couple told their neighbors that they were homeschooling their children and that strict authority must be followed. Not wanting to be nosy, the other neighbors left the family alone.

But one phone call quickly unfolded the truth about the Turpin family. Having exactly thirteen children ranging in age from 2 to 29, the parents restricted their daily activities and forbade them from going out. Even when they did go out, they had to stand and walk in a certain order so nobody would get lost, or “run away”. As for now, the investigation is still ongoing. One thing is certain: the Turpis’ children will need long-term mental and physical treatment.

Roger is a junior at Carlmont High School in Belmont, California. Roger serves as an officer of Help Everyone and Remember to Share (HEARTS) non-profit. Roger founded the first California Business Professionals Association (BPA) club at his high school and is active in other STEM related clubs. Outside of his busy school schedule, Roger practices karate, plays saxophone, reads, and volunteers for several worthy social causes in the US and China. Roger is extremely honored to serve as the News Column editor for the Rising Star Magazine.
Previous The Truth About Nanking Massacre
Next Killed Over $2