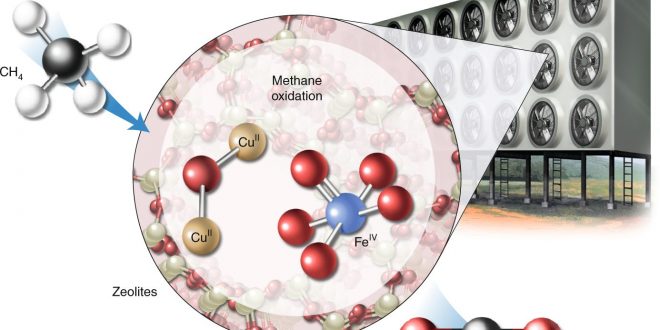 Turning It a Bit Better

Recently, scientists have come up with another solution to a problem. What is so special about this new solution, you may ask? Global warming has been a major issue that has been plaguing our governments and citizens for decades now. Scientists have already begun to piece together many solutions to climate change.

A new facet of the climate change plan they are currently working on is to change the methane being released into the environment into carbon dioxide. Although it may seem counterintuitive to change one harmful gas into another, scientists believe that it could truly be a revolutionary idea, as methane is 30 times more potent as a greenhouse gas compared to carbon dioxide. Scientists are able to use zeolite, a crystalline material that consists primarily of aluminum, silicon, and oxygen to act as a sponge in which methane would be absorbed. The trapped methane can then be heated up to release carbon dioxide.

A more specific plan is described by sciencedaily.com: the transfer from methane to carbon dioxide would be contained in “a giant contraption with electric fans forcing air through tumbling chambers or reactors full of powdered or pelletized zeolites and other catalysts”. This process might become profitable because each ton of methane removed from the environment can become worth up to $12,000. With an array large enough, companies can make big money whilst also removing harmful pollutants from the environment.

The problem with this solution is that carbon dioxide is also harmful to the environment, albeit slightly less. Although this may be true, scientists believe that changing methane levels back to normal is a short term solution that will bring down global warming levels, which creates time for long term solutions to be put into place.  Swapping methane for carbon dioxide is just a small price to pay for salvation.

Previous First, a Tragedy
Next Insect and Tick-Transmitted Diseases