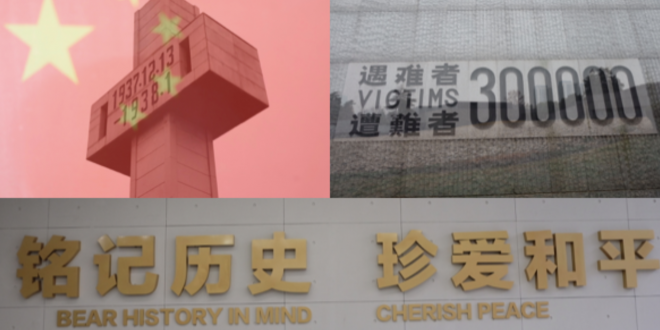 The Truth About Nanking Massacre

The Nanking Massacre was one of the most horrifying events that happened in Chinese history. We cannot go back to 1937 to prevent the event from happening; we can, however, remember it, know its truth, and learn from it to prevent such an event from occurring again. It was a brutal holocaust that occurred over a period of six weeks starting on December 13, 1937. It was not a battle among soldiers, but a slaughter of innocent citizens, women and children. It was the darkest historical event that occurred during the World War II in China. It was not only a painful memory to all the victims of the rape of Nanking, but it was also a pathetic reflection of humanity to every one of us on earth. We should be aware of the real history which happened at that generation, and appreciate those heroes who stood for justice.

What actually happened during the Nanking Massacre? Before the Japanese invasion of China from 1937 to 1945, Nanking was one of the major cities where the nationalist party (the KMT) government was established. After the fall of Shanghai to the Japanese army, the KMT withdrew its military power from Nanking. From December 1937 to January 1938, the Japanese invaded Nanking, burning every building and destroying the city.  The landmarks and historical buildings in Nanking were completely ruined in one night. The immense destruction and scorching of the city was just the beginning. More frightening was the slaughter of the citizens living in Nanking. Around 300,000 of Chinese citizens and soldiers in Nanking were killed by the Imperial Japanese Army. It was an act of massive killing and plundering of the whole city of Nanking. Each day 7000 people were murdered resulting in a total of 300,000 people killed in just 6 weeks. Dead bodies laid scattered at every street corner. The whole city fell in a mood of anguish and grief. People lost their homes and families, and they begged for their lives and yearned to escape from this city of death.

The most sorrowful thing was that those innocent people were killed for no reason. They lost their lives just because they were Chinese. The Nanking Massacre was a genocide of the Chinese. Human rights were violated, and people’s rights of living were deprived. Thousands of women including teenage girls and pregnant women were raped and then killed. It was estimated that between 20,000 to 80,000 women were raped or sexually assaulted. Among those killed were babies and children. Japanese soldiers even invaded the hospital, and plundered the lives of those who had just been saved. This slaughter continued for 6 weeks as the invaders lost their humanity, and they, like monsters, destroyed the whole city.

In 1945, World War II finally came to an end. Germany surrendered followed by the Japanese. Although the Japanese invasion to China was over, the impact on the lives in Nanking lasts many generations. There are people in Nanking who are still waiting for the murderers of Nanking to admit the crimes that they have committed and are still expecting them to be punished for the crimes they committed. We ought to remember the Nanking massacre, condemn it, and praise the witnesses who recorded the atrocities and testified under pressure that the Nanking Massacre was a real tragedy. We must also honor many heroes who sacrificed themselves for others, and tried to save as many people as they could. The Nanking Massacre has also revealed kindness amidst the countless cruelty in this world.

There is now a memorial museum in Nanking to commemorate the Nanking Massacre. December 13 is a national mourning day in China where people pray for the victims of Nanking Massacre. The motto of the museum is “Bear History in Mind, Cherish Peace.” This tragedy serves as a reminder that those of us who live in this world should always strive for peace.

Allison Jia is a freshman at The Harker School. She loves science, especially biomedical research and neuroscience, traveling, watching movies, and playing volleyball. She is involved in many STEM clubs at her school, including Science Research, Math, and Medical, and currently serves as an officer in her school's DECA program.
Previous Landslides in Southern California
Next The Turpins: Thirteen Sibling Captives in House for Years