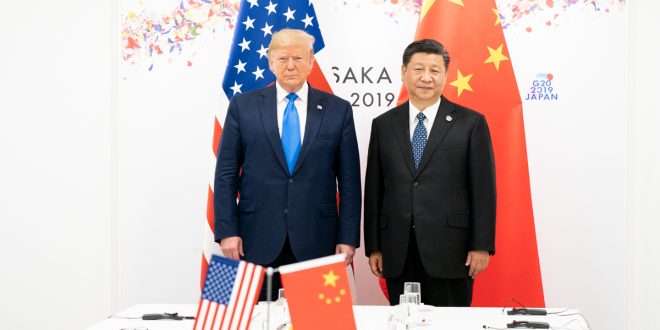 The United States had removed tariffs overnight from over 400 Chinese products in response to requests from U.S. companies.

China’s Commerce Ministry, in a brief statement, described the talks as “constructive”, and said they had also had a good discussion on “detailed arrangements” for the high-level talks in October.

“Both sides agreed to continue to maintain communication on the relevant issues,” it added, without elaborating.

Trade experts, executives and government officials in both countries say that even if the September and October talks produced an interim deal, the U.S.-China trade war has hardened into a political and ideological battle that runs far deeper than tariffs and could take years to resolve.

Another person familiar with the talks said that the Chinese delegation’s leader, Vice Finance Minister Liao Min, laid out China’s demands that any deal must remove all U.S. tariffs and be balanced so that it is not all concessions from Beijing and none from Washington.

The early October meeting will include the top trade negotiators: Chinese Vice Premier Liu He, U.S. Trade Representative Robert Lighthizer and U.S. Treasury Secretary Steven Mnuchin. It is expected to determine whether the world’s two largest economies are starting to chart a path out of their 14-month trade war or headed for new and higher tariffs on each others’ goods.

Cancellation of the Chinese agriculture visits, which were seen as potentially leading to increased purchases of U.S. soybeans and pork, caused Wall Street’s main stock indexes to fall.

Previous Shakespeare: Teaching Kids that “All World’s A Stage”
Next Letting Go