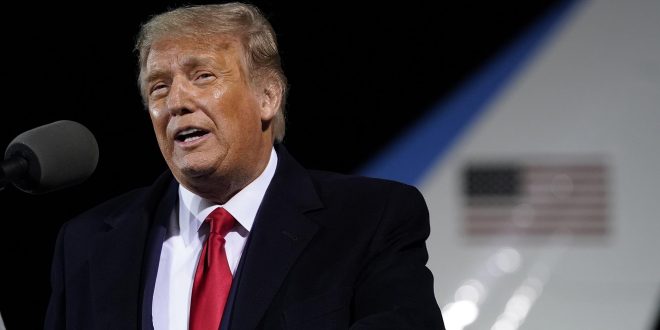 President Trump revealed early on Friday morning that both he and First Lady Melania Trump had tested positive for coronavirus, providing more uncertainty for the pandemic situation in the United States.

President Trump’s policy and actions combatting the coronavirus pandemic are highly controversial and have faced harsh scrutiny. On Thursday night, the President told a crowd that “the end of the pandemic is in sight”.

The disclosure on President Trump’s and the First Lady’s condition came in a Twitter message just before 1 a.m. after a suspenseful evening following reports that Mr. Trump’s close adviser Hope Hicks had tested positive. In her own tweet about 30 minutes later, Mrs. Trump wrote that the first couple were “feeling good,” but it is unspecified by the White House whether or not they were experiencing symptoms. The president’s physician said he could carry out his duties “without disruption” from the Executive Mansion.

President Trump’s tweet stated, “Tonight, @FLOTUS and I tested positive for COVID-19. We will begin our quarantine and recovery process immediately. We will get through this TOGETHER!”.

The President’s coronavirus diagnosis has interrupted most of his recent plans on the campaign trail, with him cancelling a flight to Florida for a campaign rally. The White House did not state how long Trump would have to be isolated, though recovery might be swift if he remains asymptomatic. The Presidential Debate scheduled to be on October 15th between Democratic Candidate Joe Biden and Republican President Donald Trump also may have to be postponed.

The President is not the first world leader to have been infected, with Prime Minister Boris Johnson and Prince Charles of Britain contracting the virus, along with the leaders of Brazil, Honduras, Guatemala, and Bolivia. However, as leader of the free world, his infection is certainly the most significant.