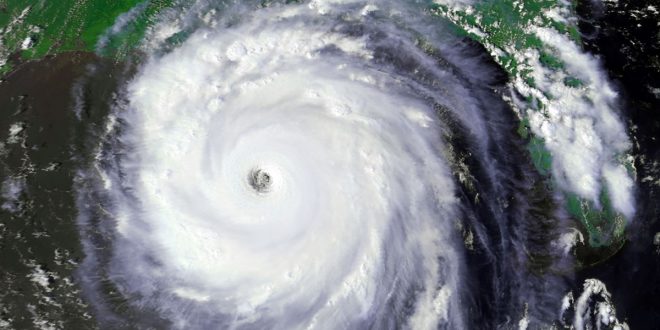 June 5, 2020 — The National Hurricane Center has announced flood and tropical storm warnings for parts of the US Gulf Coast, to advise individuals living near and in the US Gulf Coast to better prepare for potential flooding and heavy winds brought by Cristobal, which could hit the coast later this weekend. Even though the 2020 active hurricane season has just begun (only two days old), tropical storm Cristobal has already been the third named storm of the active hurricane season. This makes Cristobal the earliest third named storm in the Atlantic on record.

Cristobal has already unleashed ample amounts of rain toward Central America. Mexico received 20 inches of rain and could possibly receive an additional foot in the coming days. Forecasts predict Cristobal moving towards and across the US Gulf Coast early Sunday afternoon. The tropical storm is expected to then hit Louisiana, Texas, and Florida. When the storm makes its way to the US Gulf Coast, it is forecasted to strengthen and intensify to a maximum of 40 mph sustained winds. There is also a risk of heavy rain that could accumulate to between 10 to 20 inches. According to the National Hurricane Center, “rainfall in all of these areas may produce life-threatening flash floods and mudslides.” Researchers estimate that there’s a 50 percent chance that tropical storm Cristobal will intensify into a hurricane,

The more frequent and extreme storms faced in recent years are products of climate change. As ocean and air temperatures warm, more moisture is held in the atmosphere, which can increase the rate at which rain falls. The current temperature of the sea surface in the Gulf Coast is about 3 to 4 degrees Fahrenheit above the normal temperature, which fuels the storm with more energy. This hurricane season, researchers predict up to 19 named storms.

Previous Medicinal Uses of Loquat
Next The New Facetime