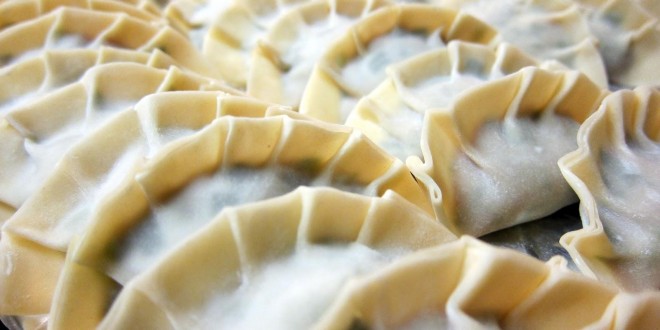 Chinese culture has many traditions, including Spring Festival (春节), Lantern Festival (元宵节), Dragon Boat Festival (端午节), and Mid-Autumn Festival (中秋节). Though each of these festivals celebrate different ideas or aspects of life, an important part of all of these celebrations is traditional food. Chinese cuisine has always played an integral part in its culture and has created staple dishes that are special, have significant meaning, and are delicious.

The Spring Festival (春节), more widely known as Chinese New Year’s Day, is a celebration that occurs on the first day of the first lunar month, the juncture between the end of winter’s exquisite cold and the beginning of the stirrings of spring. It is a time for a joyful reunion of all family members around the dinner table, where they eat a lavish Chinese New Year’s meal (年夜饭) while laughing and talking. People eat dumplings at midnight on New Year’s Eve. Long ago, 子时 used to mean the span of time between 11PM and 1AM. Dumplings (饺子) are eaten because their name sounds a lot like when time changes to a new year (交子- 子时交替). Dumplings are crescent-shaped pouches of dough filled with a meat and vegetable filling, though other fillings can be stuffed into a dumpling as well. The filling ingredients are enclosed by a dough circle and are closed by pinching shut the edges, forming pleats. Dumplings can be boiled, steamed, or pan-fried. 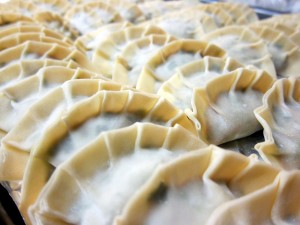 The 15th day of the first lunar month is 元宵节, or the Lantern Festival, and this festival falls on the night of the appearance of the first full moon. Everywhere people go, they can see colorful streamers and a multitude of beautiful lanterns. Many people eat rice dumplings (汤圆), which are round balls of glutinous rice flour filled with a filling of sweet ingredients. Eating these rice dumplings on the first night with a full moon symbolizes the hope that family members will remain unified, satisfied, harmonious, and happy.

On the fifth day of the fifth lunar month, the Dragon Boat Festival (端午节) occurs, where dragon-boat races are watched and zongzi (粽子) are eaten. 粽子 are pyramid-shaped bundles of sticky rice and other fillings wrapped in bamboo or reed leaves. They can be stuffed with rice and red beans or rice with mushrooms and pork. 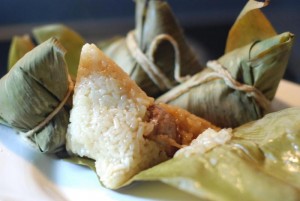 The Mid-Autumn Festival (中秋节) takes place on the 15th day of the 8th lunar month. Chinese people customarily eat moon cakes (月饼) and fruit (水果) while looking at the moon with their family. The moon cake is significant because of its round shape, which represents reunion. There are many kinds of moon cakes, as they can have sweet or salty fillings and different carvings on their surfaces. 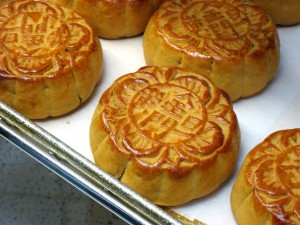 Though there are many other traditional Chinese foods, these four foods are among the most prominent and most widely consumed. Food is a very integral part of Chinese celebrations, as not only does it fill people’s tummies with warm comfort, but it also holds special significance to Chinese people.