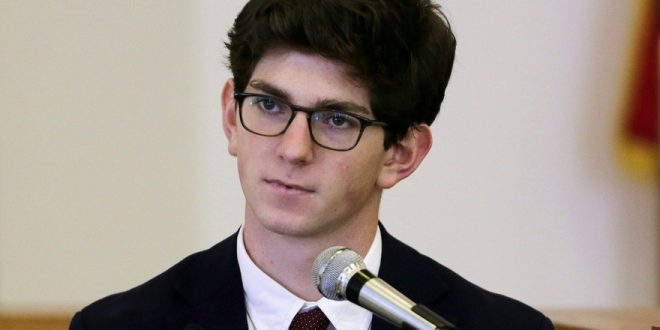 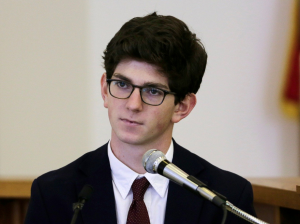 On Friday, August 28, 2015, a jury convicted Owen Labrie, 19, of a sexual assault misdemeanor and a separate felony charge that carries up to eleven years. He was acquitted of three more serious charges for felony sexual assaults, while other charges put his name on sexual assault registry for the rest of his life.

The Oven graduated from a prestigious New Hampshire boarding school, St. Paul’s School, and has been accepted by Harvard University. He was a popular and polite student at school.  He was charged for raping a girl, 15,  and a schoolmate in May 2014 a few days before his graduation.

What happened? According to the prosecutor, everything started with a “traditional” ritual called “Senior Salute,” in which the graduating seniors have the right to ask for  a date from underclassmen.  During the date, anything may happen.

The victim’s family issued angry statements to blame the school for not stopping the tradition.

Cindy is senior at Henry M. Gunn High School and is incredibly honored to be a part of the Rising Star Magazine team. She enjoys belting out Disney songs, playing piano, watching Chinese dramas, and babysitting. Cindy serves as California DECA's VP of Silicon Valley and is also the singing teacher at FCSN and the President of HEARTS Nonprofit. She can be contacted at cindy@risingstarmagazine.com
Previous HEARTS
Next College, College, and Environment