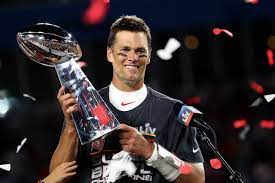 Tom Brady’s on and off again retirement seems to be solidly on again. There had been rumblings in late January that he was out the door, but there were conflicting words from his team, the Tampa Bay Buccaneers, that he was still on the roster.   An Instagram post on February 1st, however, seemed to seal the deal – Tom Brady is officially retiring after 22 seasons as a quarterback in the NFL.

While his final game with the Bucs ended in a loss, it was still an example of how a seasoned quarterback can make a difference. The Rams were ahead 27-3 in the 3rd quarter of the divisional playoffs, but hope was not lost. Brady had experience with just this type of situation. For example, back in 2017, Brady was behind 28-3, but rallied the Patriots to will the Super Bowl against the Atlanta Falcons. In the next 22 minutes against the Rams, Brady and the Bucs put 24 points on the board. The game was tied. You might say that the Bucs defense let the team down by allowing the Rams to come into field goal range for the 3 points that ended the game with a 27-30 loss for the Bucs, but it is a team sport.

Other quarterbacks might have held on for another season or two, but Brady, at 44 years old, believed that it was time. He cited health and family as important factors in his decision. He could have stayed for another season and tried for another Super Bowl win, but with 7 Super Bowl wins, he really has nothing to prove.  His nearest competitions in the record books were four Super Bowl wins each for Terry Bradshaw and Joe Montana. In terms of overall wins, Brady has 243, compared to 186 each for both Brett Favre and Payton Manning. With stats like these, Brady has shown that he is more than a once-in-a-generation player. He may be the best that ever was.