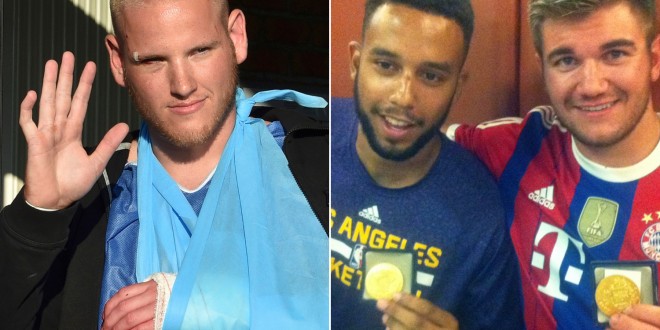 Americans Anthony Sadler, Spencer Stone, and Alek Skarlatos (two of whom were in the military) were vacationing in Europe when they stopped a massacre from occurring during a train ride on Friday, August 21. The high speed train was heading from Amsterdam to Paris with hundreds of passengers. When the gunman started firing, they and two other men immediately took action to tackled and take down the man.

The gunman, now identified, is Ayoub El Khazzani, a Morocco, and is believed to be affiliated with several Islamic terrorist groups. He was armed with a Kalashnikov automatic rifle along with a boxcutter. If it wasn’t for the quick thinking of the men, a massacre could’ve occurred.
Three were wounded in this attempted attack, including Spencer Stone; none of the injuries are life threatening.

Previous Swimming: What Good Does it Do?
Next Polluted Waters