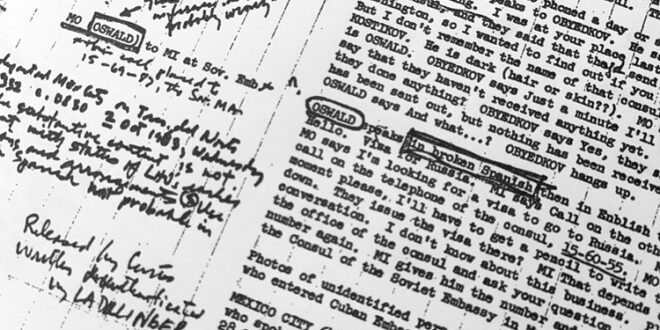 The White House has ordered the release of thousands of documents regarding the assassination of U.S. President John F. Kennedy for the first time.

Some 13,173 files were published online, with the White House saying that over 97% of records in the collection were now publicly available. No large revelations are expected from the papers, but historians are hoping to learn more about the assassination.

Kennedy was shot during a visit to Dallas, Texas on November 22nd, 1963. A 1992 law required the government to release all documents on the assassination by October 2017. On Thursday, President Joe Biden issued an executive order authorizing the latest disclosure. However, he added that some files would be kept classified until June 2023 to protect against possible “identifiable harm”.

The U.S. National Archives said that 515 documents would remain withheld in full, and another 2,545 would be partly withheld.

The Warren Commission, a 1964 U.S. inquiry, found that Kennedy was killed by Lee Harvey Oswald, a U.S. citizen who had previously lived in the Soviet Union, and that he had acted alone. He was killed in the basement of the Dallas police headquarters two days after his arrest. JFK’s death has fueled conspiracy theories for decades, and on Thursday the CIA said that the U.S. spy agency had “never engaged” Oswald, and did not withhold information on him from investigators.

JFK academics and theorists have hoped that the latest release of files would reveal more information relating to Oswald’s trip to Mexico City, where he met with a Soviet KGB officer in October 1963.

In its latest statement, the CIA said that all information the agency had access to relating to his trip to Mexico City had already been previously released, and there is no information on this topic in the most recent 2022 release.

Previous Afzelius’s crab
Next Electronic waste and how it affects our environment.