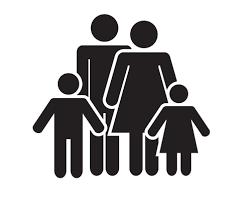 In writing class, we learned about finding our own voice, which can be a notoriously difficult process. In an age like today, there are many influential authors around us. I often find myself writing in my favorite author’s style while I’m writing a creative piece. But when we find our own voice, our writing can be changed immensely. Every piece will be true to ourselves, and the writing process can become much smoother. Also, from these works, the reader can learn a lot about the writer. However, this doesn’t mean that we can’t draw inspiration from other published works. Here’s a sample piece written in my own voice that was inspired by The Glass House by Brynne Rebele­Henry:

A girl the age of seventeen sings melodies which compose of sweet milk, dark chocolate, and chips from Costco. She reeks of cotton candy mostly because that is all her mother can make. Both of them bleed alcohol but the daughter bleeds cheep beer and her mother, vodka. Her mother wears overalls on Tuesdays and dirt underneath her nails for the rest of the days. Dinners are the worst because the father only talks about his work and the watch he lost in Barcelona. It was Chopard, he says. That was twenty years ago, the mother says, using her fingers to massage her temples. So what? The father glares at his wife. It has been a while, the mother says. The girl who sits in between the two hums a melody which distinctly sounds like a laundry machine breaking down. Oh God, oh God, stop, stop, STOP! The mother groans, placing her small hands on her two heads, and shakes back and forth. The father reaches over, swipes his claws over the table, and a smattering applause erupts from the silverware and plates. A screech, a scream, and a chair pushes back. RICHARD! The mother places a hand on her heart which silently weeps at night. The father leaves without a word. The explosion of glass cuts the girl’s forehead, and a steady red line appears. She cradles her head while a waterfall of blood washes across her face.

The next morning, the father starts his red car which contains a suitcase and begins to drive away

from that haunted house. The girl stands in the driveway, watching the trail of smoke his car releases. She silently waves even though she knows he won’t care. In the window, her mother threads her hair with colorful yarn she found in the attic. Her eyes focus on a red car driving up the hill at a ferocious pace. She knows that red car. Later that night, the mother and daughter huddle together on the kitchen floor. The mother’s leg rests on the girl’s stomach, and the girl’s hand drums a beat on her mother’s throat. Their eyes gaze at the light bulbs in the ceiling until the irises in their eyes begin to bleed.

Previous A “Brainwasher” and His Class
Next Naked T Shirt