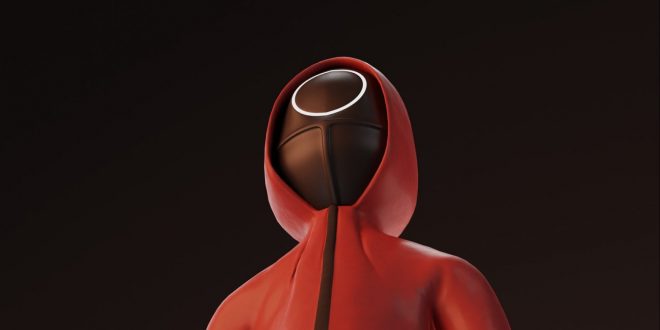 Squid Game debuted on September 17 and was an instant hit. The drama is about hundreds of cash-strapped players accepting an invitation to compete in children’s games. A tempting prize awaits them, but danger awaits as well: failure to win the games results in death. Many people are recreating games from the drama, such as one scene, where contestants have to carve out the shape they were given on a special type of candy, Dalgona. On Tiktok, many people try to recreate the scene, some fail and some succeed. Not only that, people are selling related merch and Halloween costumes surrounding the topic as well. The intense action in each episode makes the audience sit on the edge of their seats, predicting what will happen next.

In my opinion, Squid Game is a well-made masterpiece, with plot twists and sad moments that made everyone tear up. Some of the characters are hated, and some of them are loved. The show has an 8.3 out of 10 on IMDb and 100% rotten tomatoes. On Google users, 97% of the users enjoyed this TV show as well. Squid game is ranked number one in the US just four days after its debut; more than 82 million subscribers have seen this in its first 28 days. Netflix did not expect this show to have this many viewers and for Squid Game to be this popular. The director of the show says, “I don’t have developed plans for Squid Game 2. It is quite tiring just thinking about it. But if I were to do it, I would certainly not do it alone. I’d consider using a writers’ room and multiple experienced directors.”

If you like dystopian horror and action Korean dramas, or just TV shows in general, you should definitely give this a try.

Previous YouTube Wants to Rid the World’s Oceans of Plastic
Next Sports in the Movies: The Endless Summer