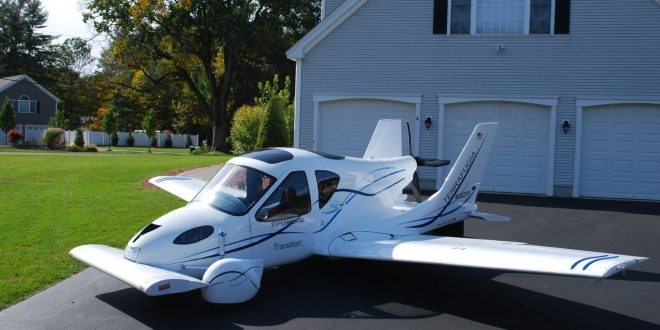 Terrafugia, a small American cooperation, has made a car called the Transition. Not only is it a car, but it is a plane as well. A flying car. It’s the future! It looks quite strange, with wings that fold to become perpendicular to the ground when being driven. It is street legal, which means that you can drive it on normal roads around the world. But with a pilot’s license, the Transition can also be taken to the air. There are many safety features in the Transition. For example, the Transition has a safety cage and crumple zone. What is a crumple zone? A crumple zone is part of a motor vehicle designed to crumple easily in a crash, thus absorbing most of the impact. Both of these make the Transition much safer, and allow it to fly safely. The Transition is not meant to pave the way for future flying cars, but it’s quite a step forward in car/plane hybrid developments. This is the most successful hybrid so far, as it is the safest. If testing goes well, it will be available for sale (for quite a cost) in the next couple years. The Transition is a step into the future of our automotive world, and its safety and uniqueness makes it bold and extraordinary.