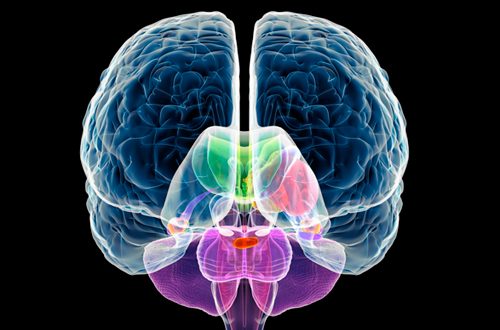 Modern teenagers are often associated with disobedience, taking risks, and making irrational decisions. Though many families can relate to these stereotypes, fewer attempt to analyze the scientific and logical basis for the difference in behavior between teenagers and adults, instead blaming teens for acting illogically. To investigate the causes behind these phenomena, several experts in the field have described the scientific take on the inner workings of teenage brains. Ultimately, the differences between teenage and adult decision making stem from both biological differences and a disparity in life experience–things that should be understood before teenagers are criticized.

Teen brains are fundamentally different from adult brains in their structure and development. Indeed, the amygdala, the area of the brain controlling instinctive reactions, develops the earliest in teens while the prefrontal cortex, the region controlling more complex reasoning, is initially less mature. Due to this biological difference, teens are more strongly spurred to action by emotions rather than reason. As a result, they may make seemingly irrational decisions which appear unreasonable provided the facts, but these same decisions are reasonable when teenagers’ emotions are taken into account. Furthermore, “an area of the teenager’s brain that is fairly well developed early on…is the nucleus accumbens, or the area of the brain that seeks pleasure and reward” (Edmonds 2). Consequently, rewards are overly exaggerated in teen minds and they tend to weigh the benefits of a decision much heavier than they do the consequences.

Besides the biological differences that affect teen decisions, a lack of prior experience prevents them from making the best choices. Dan Romer of the Conversation explains that “a dispassionate review of existing research suggests that what adolescents lack is…the wisdom that adults gain through experience” (Romer 4). Since teens have been alive for a significantly shorter amount of time than their adult counterparts, they have not made as many mistakes and had as many learning experiences. Often, although adults claim that their life experience can be used to teach children, teens are much less willing to listen to this advice unless they have already experienced and learned from it firsthand. Therefore, teens are naturally more inclined to experiment and take risks as they are less acquainted with the possible repercussions of these actions.

It is crucial to learn how the teen brain works in order to better understand why teens make certain actions. From an adult perspective, it can be perplexing as they watch their teens get into trouble or take unbelievable risks after being obedient during childhood. However, once the scientific explanations for teenage reasoning are explored, it becomes understandable for teens to make decisions adults may try to avoid. Even apart from structural differences, the lack of life experience plays an important factor in decision making. As a result, realizing that teens lack the life experiences adults possess makes their seemingly irrational choices more reasonable given the circumstances. Overall, this information can provide a basis for crafting solutions to prevent risky teenage behavior, or explain why certain current solutions have proved to be ineffective. By pinpointing the root of the problem, the increased knowledge about the teenage brain provides crucial hints on how to ease the consequences.