Home / Tech/ Science / The Tech That Makes You Fly 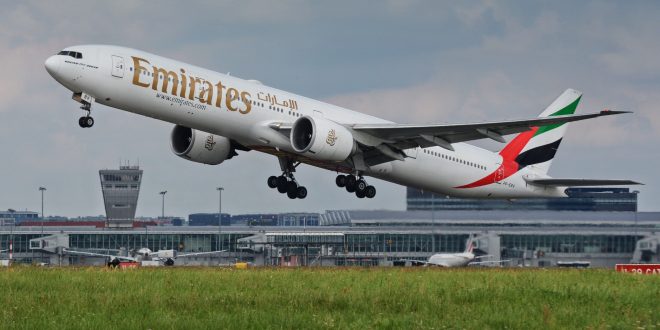 The Tech That Makes You Fly

For millennia, mankind has invested in technology to let us take to the skies. From lighter-than-air machines of the 18th century to modern aircraft clocking in at 640 tonnes, numerous technological advances have made it possible to carry passengers to anywhere around the world in a day. In today’s aircraft, we employ many different techniques to ensure a safe voyage across the frosty but idyllic sky.

During the 1960s, the United States Air Force needed a new transport aircraft. Predating this decade, all airliners cargo aircraft used turbojet engines, low-bypass machines that compress air which is mixed with fuel, which is then ignited, providing thrust. These engines were notoriously inefficient, guzzling fuel at the rates of gallons per second and produced hideous black smoke that hid the clear blue skies in smoggy fumes. The invention of the turbofan engine, one that includes a giant fan driven by the internal compressor to maximize the air that passes the air that passes through the physical structure, greatly increased efficiency and fuel cost. Now, the bigger the bypass ratio, or how much air goes through the compressor compared to the fans, the more fuel efficient the aircraft is, creating savings in billions of dollars and tonnes of carbon emissions since their inception.

If you have ever looked at planes during their takeoff rolls from the terminal, you may have noticed the wheels of an airliner is often tilted at an angle instead of being parallel to the aircraft body. Landing gear technology, thankfully, has evolved from sleds to structures capable of holding up hundreds of tons of force. On the Boeing 777 and 747, two of the world’s most recognizable airplanes, the landing gear slopes upwards during the takeoff roll. The main reason this is done is to make aircraft rotation (takeoff) into a rolling motion, giving the wheels a longer contact time with the ground. This is comparable to our toes in taking a step. In addition to giving more control to pilots during this maneuver, it also saves space in the body of the aircraft when the gear retracts.

Another technological advance in the world of aviation is the use of folding wings. Originating from aircraft onboard aircraft carriers, they were meant to save space on the carrier deck. The European manufacturer Airbus built the double-decker A380 believing that high-demand city pairs were bound to increase as global populations concentrate in urban city centers. But the A380 has what might be described as an Achilles wing, and Boeing has sent an arrow through it with the 777X. The size of the A380 requires cities to invest in costly airport upgrades. This infrastructure challenge is somewhat ironic for an aircraft intended to overcome connectivity challenges and has limited the A380 to serving 60 cities around the world. The 777X introduced composite folding wing tips, saving money for airports, and therefore consumers, from the investments in infrastructure needed to accommodate the plane.

As globalism reaches  new corners of the globe, the aviation industry is destined to thrive. Without these new technologies, we may never have created a form of transportation the middle class can enjoy. We also certainly saved a couple bucks for investment elsewhere, driving the connecting forces of the world and enabling a truly united human front.

Previous The Game of Politics
Next Pesticides