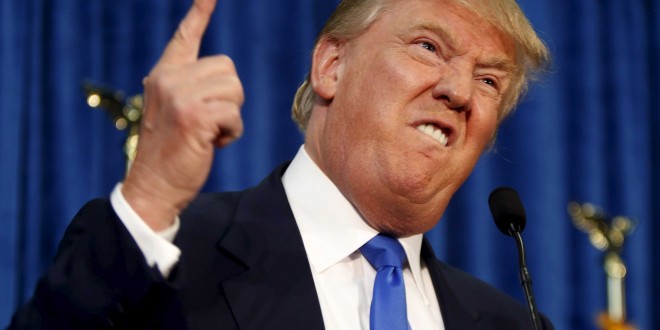 The Story Behind Donald Trump

Donald Trump was born on June 14, 1946 in New York City, the child of Mary Anne Trump and Fred Trump. Because his father worked in real estate development, Donald naturally followed in his footsteps and immediately joined his father’s com 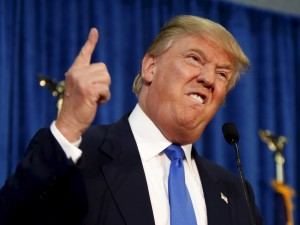 pany after university. He was eventually given control over the company in 1971 and renamed it, as it is known today, The Trump Organization. After his success in real estate, he started up a reality TV show called “The Apprentice” where 16 candidates duke it out in an attempt to join Trump’s company. Trump also had a political background, jumping from one party to the next. Currently he is running for President with the Republican Party, but he has had affiliations with both Democratic and Reform Parties. In the Republican forum, he is currently the leading candidate despite the number of insults he has given to a number of different people. For example: Mexicans, Iowans, other Republican candidates, several press and newspapers, President Obama, the list goes on and on. Yet, he is still a leading contender in the polls. Why? The majority of the people who vote for Donald Trump do not have a degree, people who aren’t satisfied with their livelihood. However, Trump blames other people for their misfortune, “the mexicans are stealing your jobs” or “the muslims are terrorists.” Statements like these help cheer up the people who are lower on the social ladder and thus they vote for Trump. It is a shame that a man who only knows how to insult people is a leading candidate and America hopes that the next president will not be Donald Trump.

Previous Middle School vs High School
Next I-78 Pileup