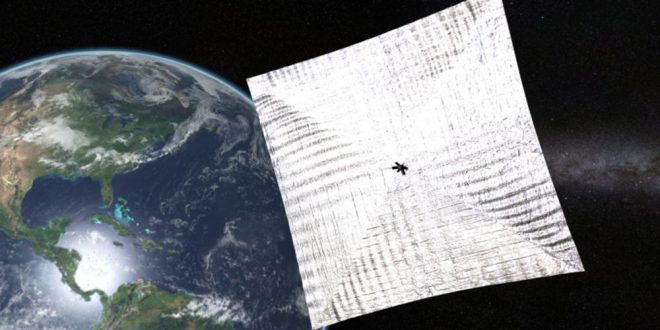 Everyone knows who Bill Nye the Science Guy is. He is shown in classrooms across the world, inspiring many people into going into the field of science. But did you know he is also the CEO of a company called The Planetary Society? He has had big dreams of pushing along space sails with solar wind. Such space sails have enormous potential. These sails could one day even push spacecrafts to other planets, or even out of our solar system! Last year, The Planetary Society was able to deploy a sail in the vacuum of space, which is no small feat. Next year, they aim to make the sail harness the energy of the sun to propel it through space. The sail has struggled with several different issues since its first version. For example, it has had software issues, signal losses, and battery problems. Hopefully, all these issues will be fixed by the second version. The second sail will rise up to the highest part of its orbit and stay there for about a month, proving to the world that sunlight is a viable option for powering spacecrafts. Such technology opens the door to new uses of the solar sail, and even NASA has taken interest. Humans won’t be able to ride on solar sails anytime soon, but will hopefully be able to do so in the future.

Previous Importance of the Process
Next Struggling to escape sex trade