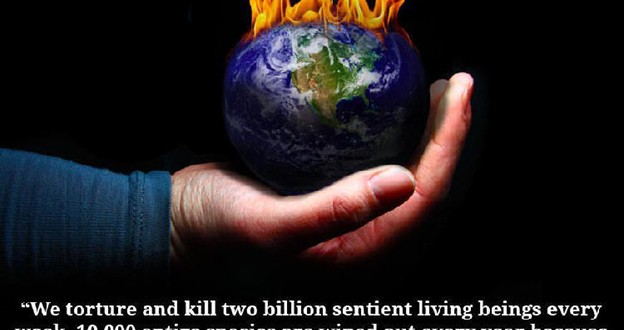 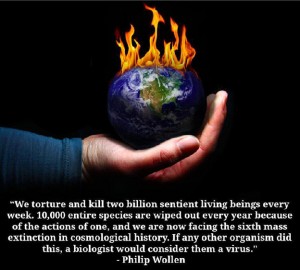 Are there actually six mass extinctions?

You may wonder, “When was it? I never recalled one.” or “I don’t see the the world falling apart! Are people dying by the billions?” That’s because it isn’t people who are dying. It is the animals in our ecosystems that are. All of our pollution is blacking our sky, and our garbage is clogging up rivers and in oceans. Every day, scientists predict that 150 or more species of unique animals, even some that are not yet discovered, go extinct.

As a matter of fact, our everyday actions kill species, too. We are suffocating sea creatures in plastic shopping bags and chopping down entire rainforests for your morning newspaper. We’re melting the North Pole due to global warming, which is caused by the carbon dioxide that is released from your car on your ride to school/work… How did we get into this situation? We were not careful, and neglected to consider the consequences of our actions. Every action must have a reaction.

We can’t stop this impending extinction from happening, but we can weaken the effects. For example, by reducing the amount of time you drive or sit in a car, you can help reduce pollution. You can reuse shopping bags or recycle your paper products. We can make a big difference. You can’t change the way others think or act, but you can certainly change the way you do. Little by little, we can save our beloved planet.