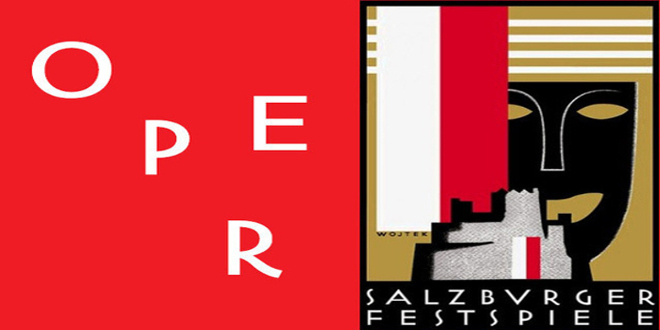 When someone mentions Salzburg, most people will think of the famous movie, The Sound of Music, which was shot in Salzburg. To classical music fans, they will think about genius composer Amadeus Mozart and maestro conductor Herbert Von Karajan, both who were born in Salzburg. Today, I will talk about a famous music event in Salzburg, the Salzburg Festival.

The first Salzburg Festival was officially held in 1920. It is a prominent festival of music and drama which takes place each summer from late July and lasts around 5-6 weeks. From 1934-1937, renowned conductors such as Arturo Toscanini and Bruno Walter conducted many performances during the festival. In 1936, the Trapp Family Singers performed in the festival; their story was later dramatized as the musical and film The Sound of Music. At the end of World War II, the Salzburg Festival reopened in summer 1945 immediately after the Allied powers victory in Europe.

The post-war festival slowly regained its prominence as a summer opera festival, especially for works by Mozart. Herbert Von Karajan became artistic director in 1956. As this festival gained fame, the program including opera, drama and classical music concerts, concentrated its musical repertoire on Mozart’s, but other works such as Verdi’s and Beethoven’s were also performed during this event. In 2006, the Salzburg Festival celebrated the 250th anniversary of Mozart’s birth by staging all 22 of his operatic works.

Each year, Salzburg Festival attracts world famous singers, violinists, pianists, orchestras and  conductors to perform. It also attracts hundreds of thousands visitors from all over the world to join the festival and enjoy wonderful performances by world class musicians and artists.

Previous The Year of Drilling
Next Hit the “Reset” Button: College Fraud and “Regulatory Reset”