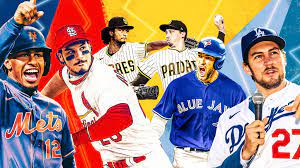 The Resumption of Major League Baseball

Major League Baseball, which plans to begin its regular season in three weeks, said on Friday the 26th, 31 players had tested positive for COVID-19. In addition to the players, seven staff members had also tested positive. This information was released by the MLB in a statement revealing the results from its first tests. The 38 positive tests is 1.2% percent of the 3,185 tests done. The tests were done before the start of off season training. According to MLB, 19 of its 30 clubs had one or more individuals test positive, indicating the risks players take to continue their profession in the midst of the pandemic. Names of the individuals who tested positive and the affected teams were not revealed. In response to this alarming revelation, Major League Baseball has sent the players’ union a new proposal for restarting the 2020 season after a face-to-face meeting between commissioner Rob Manfred and union chief Tony Clark, sources confirmed to Yahoo Sports.

The proposal was delivered Wednesday after the two men met in Arizona to discuss future proceedings. Reports indicate the proposal involves a 60-game season with the fully prorated salaries players agreed upon in March, and that the season could start by July 19 that would begin on either July 23 or 24. To protect the safety and health of the players and staff, no fans will be in attendance. Already, MLB was scheduled to open its 162-game regular season in late March but delayed the campaign due to the pandemic.

But for now, the MLB will only allow training sessions during the off season which have started on July 1st. Hopefully, fans will be allowed to attend games soon as long as the pandemic is under control. For now, the future of Major League Baseball is still uncertain, as the risks that COVID-19 poses to players and staff members alike is ever more damning.