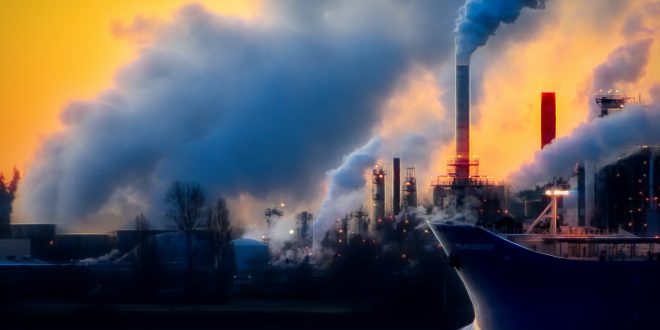 During the recent pandemic from Sars-CoV-2, commonly known as COVID-19, most governments of the world imposed strict social distancing policies, reducing the number of active industries around the world.

This major change led to a 5.2% decrease in CO2 (Carbon dioxide) emissions — roughly 1.9 billion tonnes. However, most governments have seen a steady decrease in new daily cases and deaths from the virus, so many restrictions have now been abolished, leading to unexpected changes in the emission of major air pollutants.

Many recent reports have shown that the world needs to reduce CO2 emissions by 1.4 billion tonnes every year in order to achieve the 1.5C goal by 2050, so it may seem like 2020 was a good year, but we were in lockdown. Now, CO2 emissions have risen by 4.9%, so it seems like global long-term sustainability goals are unattainable. Many scientists, however, are stressing that we can still achieve our goals.

As of right now, China and the US are the largest emitters of CO2 in the world, with 10+ and 5+ gigatonnes (each gigatonne is equal to 1 billion tonnes), respectively. However, China has historically made colossal efforts to tackle climate change. For instance, they have installed electric buses and cars, built solar and wind farms, and much more. However, during the pandemic, they gave stimulus packages, which include cement, steel, and other products that require coal in their production.

Nevertheless, if China can innovate in their stimulus packages and reduce their emissions even further, they can be a driving force to limit climate change. This is because, unlike many other countries, China has incredible potential for solar and wind power based on its geography and landscape.

On another note, in the recent COP26, a summit held in Glasgow, India pledged to reach net zero emissions by 2070. Their plan lies heavily in environmental projects like reforestation. Currently, they have promoted and started many renewable energy projects, but the number of fossil-fuel-fed industries have also grown.