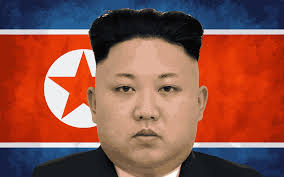 Trump’s late February trip to Hanoi in Vietnam was intended to be the dazzling sequel to the initial meeting in June 2018, where the leader of the free world shook hands with the dictator of one of the most isolated nations on the planet. In that meeting, Trump met with North Korea’s Kim Jong Un to discuss possible steps towards the country’s nuclear disarmament. The June summit was largely regarded as a success, consisting of smiling faces, friendly chatter, and preliminary agreements and signatures on official documents––all signaling a step forward towards denuclearization. However, on the recent follow up trip, things weren’t as glorious.

After only a short period of talks, Trump and his aides realized that Kim would not agree to anything less than a complete removal of the crippling economic sanctions the US had imposed on it. In fact, talks continued for nearly two hours, with no end or feasible compromise in sight. Trump had believed that Kim came to the table with a reasonable willingness to negotiate, but rather, he walked straight into a brick wall. It was impossible to come to terms that they both agreed on, with each side wanting more than the other was willing to give. Disappointed, Trump decided to walk away from the negotiations, cutting the summit to much shorter than initially planned. Without drama or uproar, and overshadowed by the simultaneous Cohen hearing back in America, the meeting arrived at an anticlimactic ending.

Many were initially concerned when Trump entered the negotiations: they worried that the pressure on the president to secure a deal would cause him to panic and thus agree to generous concessions in return for Kim’s cooperation. Contrastingly, Trump claimed he entered with a cool head, fully willing to pull out of talks if they were unfruitful. Clearly, he followed through on this strategy, withdrawing from negotiations once he realized that no progress was possible.

After the first talks in June, pressure had been mounting for Trump to seal a deal, as he had advertised himself as one that would solve the “North Korea issue.” After the recent summit, however, the president simply realized the current trajectory had reached a dead end. Although it crushed any remaining hope for a potential solution to the crisis, the rejection of talks was necessary and most beneficial for America. Although it might have hurt Trump’s meticulously crafted reputation, bending to the pressure and hastily crafting a deal would likely backfire in the long term. Even in our lives, we must realize that problems should be taken and solved one step at a time. No matter the peer pressure or the urgency of the issue, trying to rush through it to be seen as a hero is not necessarily the best path forward. Instead, we must realize that failures are common and prevalent in the world and our interactions with society, and in turn we must accept them as the norm. Instead of crossing our fingers and forcing our first attempt at everything to work, we must learn patience and perseverance to more successfully achieve our goals.
Source: https://www.cnn.com/2019/02/28/politics/donald-trump-hanoi-summit-north-korea/index.html

Previous The 10-Minute Morning Routine That Will Clear Your Mind
Next Successful SpaceX Launch, Docks with Space Station