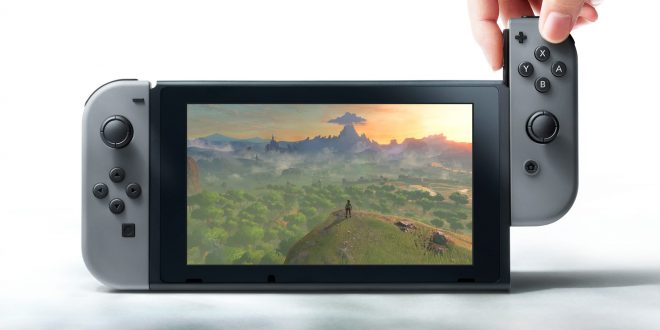 Recently, Nintendo released a brand new system called the Switch. It released with only a couple games, and the UI itself feels unfinished, with empty squares foreshadowing features that could come out in the future. However, these “problems” are nothing. The Nintendo Switch is still one of the coolest consoles to ever come out.

It’s an extremely flexible console, allowing you to connect it to a tv and play from that, or you can play on the tablet it comes with. It feels solid, looks elegant, and has a clean and fast UI. All of these are direct upgrades from Nintendo’s last console, the Wii U.

The Switch released with Legend of Zelda: Breath of the Wild. This game by itself has to be one of the most impressive games to date. The game immediately puts you in an open world, and doesn’t put any restrictions on you. It allows you to explore at your own pace, and play how you want. You want to be a sneaky assassin? Go ahead. You wanna fight all monsters head on? Sure. You wanna run past every monster and go straight for the final boss? Nothin’s stoppin ya, but it ain’t a good idea. Ignore the objective and pick fruit? Hell yea you can. Basically, if the Switch released with just this game, it would still be a success. But the other release titles are not to be forgotten. The multiplayer capabilities are one of the selling points of the Switch, and other games implement online multiplayer perfectly.

The Switch didn’t release with Netflix, but Nintendo has already stated that it will look into this implement it in the future. Overall, the Switch is a new, innovative console that provides new experiences in handheld or home gaming.

Previous The Case for Community College
Next French Fries