Home / Lifestyle / The Multiverse and You 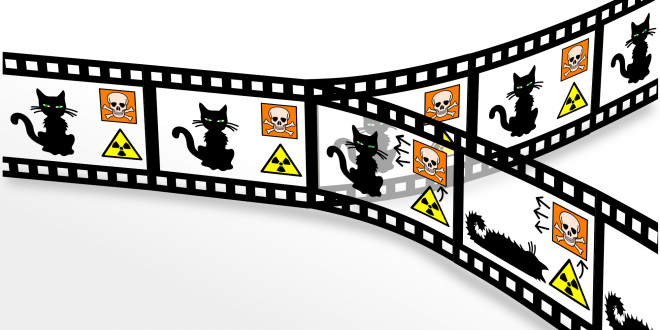 The Multiverse and You

We think that life on Earth is it. Our everyday problems become all encompassing. Maybe once in a while we sing along to David Bowie’s song and wonder if there is really life on Mars. But always, in the back of our minds, we ask ourselves, is this it? Is our universe and our UFO sightings all there is? We read and watch sci-fi shows that display alternate universes, infinite dimensions upon one another, as a reality while we ponder the existence of an alternate universe.
My first brush with the vastness of the universe, or multiple, was in the book A Wrinkle in Time, where the main characters Meg, Charles, and Calvin travel to another dimension through a tesseract, a gap in space and time that enables their travels. As a child, I never thought that there may be a hint (or more) of reality and truth in that book.
Today, I am firm believer in the theory of a multiverse, which, according to the Oxford dictionary, is “an infinite realm of being or potential being in which the universe is regarded as a part or instance.” To put it simply, I believe that our universe is just one of many, many universes. I may even lead a completely different life in another universe! It sounds crazy, right? I thought so, too. But there’s actually tons of scientific research to back this idea up. A 2012 Space.com article explained five reasons why a multiverse may be possible:
1. We don’t know the exact shape of spacetime. Our best working theory is that it extends infinitely. Because particles can only be arranged in a finite number of ways, it’s possible that universes can start repeating themselves.
2. Another theory arises from “eternal inflation.” Based on research from Tufts University cosmologist Alexander Vilenkin, some areas of space stop inflating like the Big Bang inflated our universe. However, some will continue expanding. So if we picture our universe as a bubble, it sits in a network of bubble universes of space.
3. This theory comes from quantum mechanics (how subatomic particles behave), as part of the “daughter universe” theory. Through the laws of probability, it suggests that for every outcome of a decision, there is a range of universes — each of which one outcome unfolds in. Take for example, a recent test you took. Maybe you did really well, but there could be another universe where you completely bombed the test, or vice versa, and so on.
4. Another possible theory is the one of mathematical universes. “A mathematical structure is something that you can describe in a way that’s completely independent of human baggage,” said theory-proposer Max Tegmark of the Massachusetts Institute of Technology. “I really believe that there is this universe out there that can exist independently of me that would continue to exist even if there were no humans.”
5. Lastly, and seemingly the most popular, is the theory of parallel universes. Remember in the first theory, the proposed idea that spacetime is flat, and how there is only a finite number of particle configurations? So, there being an infinite number of cosmic patches, the particle configurations within each one must repeat. This means there are possibly infinite “parallel universes,” or cosmic patches that are exactly the same as ours, which contain replicas of you, as well as patches that differ by just one particle’s position, or two, or three, and so on and so forth.
Now, the point of this article isn’t to convince you of the existence of a multiverse. It is to assure you that no matter how painfully huge a problem or bump along the road is, it is not the biggest thing in your life. I simply hope to illustrate the sheer vastness of our universe. Because your life, in the end, is swept away, smaller than a particle of dust, into the infinite universe. Although the universe is big, it’s not to say that you’re so small that you don’t matter. Your life is ultimately the biggest thing in—well—your life! It’s just to say if you end the semester with a B in math, it’s not the end of the world. And hey, maybe in another universe, you have a 4.8 GPA!