Home / Global Environment / The Most Trafficked Animal in the World 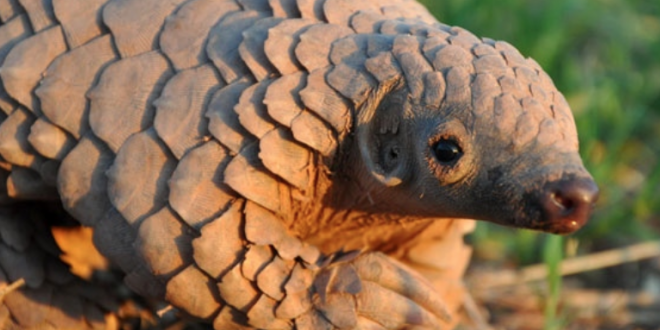 The Most Trafficked Animal in the World

Around the world, hundreds of millions of animals and plants are sold through wildlife trade. Although most of the trade is legal, a growing portion of it is not. Illegal wildlife trade largely targets already endangered species of animals. Rhinos and elephants are among the most widely known creatures threatened by illegal trade. While these two animals along countless others are greatly affected by illegal trade, they overshadow the most trafficked animal in the world: the pangolin. This creature somewhat resembles an armadillo with large scales. Or better thought of as a scaly anteater. Perhaps even as a real-life Sandslash pokémon. Pangolins have no teeth, long tongues, and are the only mammal with scales. There are 8 species of the pangolin and they live in parts of Asia and Africa. They are nocturnal creatures that feed off of insects, specifically ants and termites. When scared or feeling threatened, they curl into a ball and their scales provide protection for them. This tactic makes them basically impenetrable to most of their predators including lions and tigers. However, the pangolin’s defense strategies have failed against their new biggest predator – humans.

The pangolin’s scales and blood are in high demand for traditional Chinese medicines, despite lacking curative properties. The meat of a pangolin is also considered a delicacy. With a growing human population and increasing wealth, the demand for pangolin has risen; and so have the prices. According to the Environmental News Network and Wildlife Alliance, the price of pangolin per kilo has increased by 2000% from $10 USD in the early 1990s to $200 USD in 2011. However, journalist John Sutter visited Southeast Asia in 2013 and found that pangolin can be bought at a restaurant in Vietnam for a whopping price of $350 per kilo, despite it being illegal to both buy or sell pangolin.

The illegal trading of pangolins undoubtedly have consequences for the species. The pangolin population is largely unknown due to their nocturnal nature. However, many experts and organizations can correctly say that the pangolin population is drastically decreasing. Chris Shepherd, the acting director in 2009 of Southeast Asia for the wildlife trade monitoring network TRAFFIC, says that interviews and surveys with hunters and traders show that pangolin populations have significantly decreased and in some places were completely gone. Due to the covert nature of the black market, it is difficult to determine the extent in which pangolins are being trafficked. However, data on wildlife seizures shows that at least 49,662 pangolins have been trafficked from Indonesia from 2002 to 2009. Another 7,734 pangolins have been seized by Thailand border officials from 2003 to 2008. It is now estimated that more than 100,000 pangolins were victims to illegal wildlife trade since 2011. On top of all this, pangolins do not do well in captivation due to high stress levels which endangers the pangolin population even further.

As the most trafficked animal on the planet, it is surprising that it is virtually unknown. As journalist John Sutter puts it, “[The pangolin] could go extinct before most people realize it exists.” You can make an effort to help save pangolins by raising awareness about these animals and the threats that they face. You can also support the efforts of conservationists and even make a donation. If you have never heard of a pangolin before, consider checking out some adorable yet educational videos on pangolins. There are videos of baby pangolins riding their moms, pangolins digging for ants, and pangolins walking around on 2 feet like little dinosaurs, among many others. If the pangolins can win the hearts of people like pandas have, perhaps more attention will be given to the threat to pangolins.

Previous Potent Probiotic Power
Next 6 Strategies to Stay Cool, Calm, and Collected During a Job Interview