Home / Sports / The Most Popular Sports 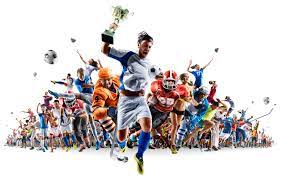 While in the US, American Football is tops in viewership and attendance (pre-pandemic), It is interesting to note that it barely makes it into the top 10 in world sports. It is hard for Americans to realize that their version of football is only considered an oddity in most other countries. This is likely because, as with most sports, a large part of the fan base comes from tradition and participation.  A long tradition has been developed for sports like Soccer and Cricket, which were introduced through colonization by the British. Also, participation, especially in third world countries, is largely dependent on cost. The cost to outfit an American football player can be very high. A necessity for player is the football helmet, which runs from $230 to over $400 at the high school level.  An entire uniform may double the price to simply participate. On the other hand, to play soccer you just need a ball.

Sports browser (sportsbrowser.net) recently did an analysis of sport popularity. They considered factors such as fan base, viewership, gender equality, and the number of amateur players around the world.  They came up with the following list of the top 10 most popular sports.

This list seems highly correlated with cost of participation and historic participation in the sports. I suspect that if you separate American football from Rugby, that they would both fall out of the top 10. Since the Winter Olympics has now begun, it is interesting to note that there are no winter sports on the list.