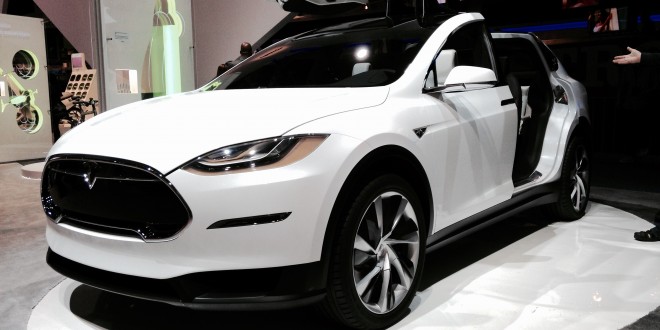 We all know Tesla now has a big voice in the auto industry, being arguably the most successful electric car manufacturer. Following the big success of the Tesla roadster, the Model S was released. Over hundreds of thousands have been sold, and has thus been incredibly successful.

Recently Tesla Motors announced the reveal of the Model X, a large luxury SUV. On its release date, Elon Musk, the CEO of Tesla, said it was “the most difficult car in the world to build.” This monster of a SUV was not just a Model S in a new frame; everything was entirely different. One of the most noticeable differences is the Model X’s new falcon wing doors, which look incredibly futuristic. The doors have ultrasonic sensors so they don’t bump into nearby cars. The car also features a carbon air filter that cleans the cabin and removes almost all bacteria. The windshield is also HUGE.

The Model X is capable of going from 0-60 mph in a whopping 3.2 seconds in its sports mode, which outpaces most sports cars. It also has 250 miles of range, which is also very convenient and can relieve the anxiety that many electric vehicle owners have about losing power in the middle of a trip.

Because the car is so complex, efficient production is incredibly hard for Tesla. Even though this is a major drawback, the company wants to increase production to 500,000 a year by 2020, and it is expected that Tesla will produce 50,000 a year by next year.

The revenue made from the Model X and Model S is expected to fund the creation of another car, called the Model 3. It was a big risk to create such a technologically advanced car so early, as many companies have failed creating a vehicle too advanced for its time, and thus not selling enough because of how expensive it was.  However, many people have great faith in Tesla, and it may be the start of something big.

Previous War Against Earth
Next Why should teens care about current events?