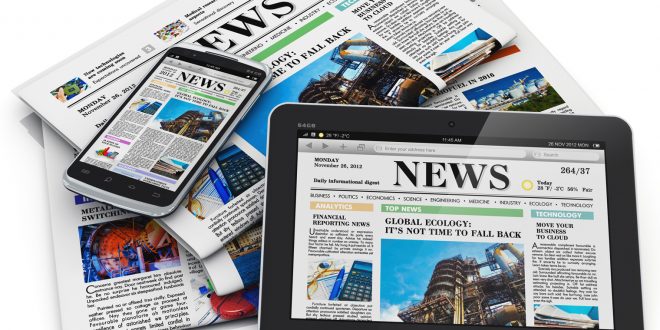 In this technology-ridden world, we are surrounded by the media; in fact, we depend on it. Through data and articles published on various news networks and the information spread through social media, we depend on third party sources around us for news about the constantly changing world. After all, journalism gives us a way to access stories which we would never be able to witness in person––the North Korean summit, conflicts in the middle east, the results and occurrence of the world cup. We are always aware of developments in the world around us because of technology and the media, yet we have always been less aware of how much this journalism and data skews our perception of society.

For example, the media can also overly report negative occurrences. When we pull up the news, we scan pages after pages of headlines about political scandals, natural disasters, and school shootings. Of countless articles written regarding failures or disasters, we only see a handful of successes or miracles. This is due to the fact that positive events such as the creation of a new technology or the brokering of a new international agreement takes time––maybe months or years. In contrast, anything can fail within a day or even within a few seconds. Unfortunately, however, people tend to estimate that stories which appear more in the news actually happen more frequently. This leads to a violently skewed perspective of the world. No news agency reports a country because it is not at war; it is only when a conflict occurs that it is written about all over the Internet.

Put simply, most of the media does not have an end goal of properly informing readers. In contrast, they are usually motivated by the views and the clicks. Articles about a famous celebrity and his drama with another appear so much more often than articles about global warming or poverty. Society has become severely desensitized; the issues that affect the most people have been around and reported on for ages. Sooner or later, we will become tired of it. The world is getting warmer every day of every year, but because of that exact reason, we are all used to it and it is no longer a shock or surprise. People are suffering due to poverty in developing countries everyday, but no one clicks on an article reporting such an issue. As a result, the issues that matter the most to the world are often ignored in the media because of their inability to attract clicks and views. The articles that appear as a result are those that talk about events we find interesting, not events that matter.

The media is our main source of information regarding the world around us. But if we aren’t careful about the events it reports and how it changes our view of the world, society and end up misinformed. In the end, as long as we are cognizant of the journalism’s motives and biases, we can still reap the vast benefits of the media.

Previous The Future of the Winter Olympics
Next Intuitive Surgical