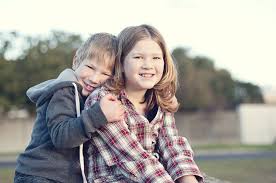 It’s almost inevitable to commit the crime of sibling comparison as a parent: after all, when your kids live in the same household under your guidance, it seems natural to see how each of them compare in the face of the other’s successes. Whether it be their academic proficiency or their social skills, the sheer similarity in sibling backgrounds means that technically, their relative success should be an indication of their ability, right? As a result, many parents resort to telling the seemingly less able sibling to learn from the other, arguing that if their brother or sister was able to achieve the same thing under the same circumstances, they should be able to as well.

Such a mindset rests on a problematic assumption: that both siblings should be developing in the same direction to begin with. Indeed, even though brothers or sisters may share similar DNA, that does not mean their interests and aptitudes are the same. In fact, it’s most likely that each has their own strengths and weaknesses that make it futile to judge their character and holistic value by comparing it to their siblings. Oftentimes, doing so can severely hurt one’s self esteem, an effect that is completely unjustified. Even though a sibling’s failure to live up to the success their parents have already seen can create a knee-jerk reaction to compare, parents must remain rational and realize that everyone is different.

Moreover, many parents like to push their children towards very similar paths not only because it’s the one they want their kids to follow but also because they’ve become used to it. Thus, it becomes much easier to compare when both kids are already in the same activities and pursuing the same interests. Taking a step back, though, parents and their children alike need to evaluate their true passions early on in order to avoid falling into the trap of emulation. With two siblings that pursue their own independent interests, it’s much more difficult to metaphorically pit each sibling against each other in a fight for success. Although comparison is nearly impossible to avoid, doing our best to prevent it or express it will ultimately result in the best outcomes for our children.