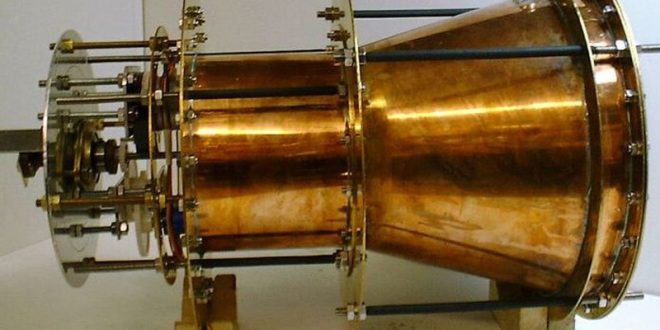 Recently, a paper was published by NASA where an “impossible” electromagnet, or EM drive was described. It’s considered impossible because it provides thrust without a propellant. Without much testing, people predict that it “seems” to work, but results could be flawed.

However, researchers in China have stated that they’re already testing out the EM drive in space, and that they want to upgrade all satellites to EM drives as soon as possible. All these statements come from a press conference with no official proof. China has been studying EM drives for more than five years now, but still, no paper has been published and thus, no results can be seen. Apparently, it’s pretty much the same as the one NASA designed, and all they’ve said so far was “thrust exists.” Without the best reputation for research and with no paper being published, this doesn’t mean much.

The EM drive works by bouncing microwaves back and forth within itself. Assuming it works, it’s a huge step forward for space travel. No more need to carry a ton of heavy and expensive space fuel, and it can send a spacecraft to Mars in only 72 days. However, modern physics cannot explain how it works. Everything has an equal or opposite reaction, so the EM drive should propel something out the other end. But it doesn’t. The discovery and testing of the EM drive is huge, and can change space travel forever. Who knows, it could even start a new space race.