Home / Lifestyle / The Importance of Sleeping 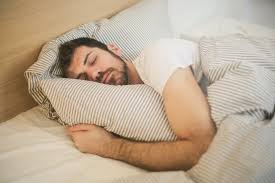 The Importance of Sleeping

We’ve all heard it time and time again: sleep is important. Despite this, consistent lack of sleep serves as its own kind of achievement for many students, and those who pull all-nighters are often met with applause and congratulations. This emphasis on poor sleep schedules, however, are detrimental to students’ health — as such, students must make a genuine effort to correct their sleeping habits.

While occasionally pulling an all-nighter won’t kill you, consistently staying up late can lead to serious sleep deprivation, which often disrupts focus, increases irritability, and causes apathy. Our bodies also require sleep for cellular repair and bodily regeneration, so a lack of sleep leads to a myriad of physical effects as well, including increasing body weight and weakening the immune system — which is especially important to keep strong right now, given the current pandemic.
In contrast, by maintaining a consistent sleep schedule, you’ll increase your immune function, athletic and academic ability, and quality of social and emotional interactions.

Of course, you shouldn’t be getting too much sleep either, since oversleeping is linked to cognitive impairment, increased risk of depression, and increased risk of obesity, among other dangers. Optimally, researchers necessitate 7-9 hours of sleep for most adults, with children and teenagers requiring more, so strive for 8 hours to be safe.

Students should also try to wake up relatively early. While it can definitely be tough, “the early bird gets the worm”: those who sleep and wake up earlier are often more successful and have better quality sleep, according to Business Insider.

It may be tempting to stay up till 4 a.m. every day — I know that I’ve certainly done this a few times — but students need to realize that this isn’t a sustainable lifestyle. By maintaining at least 8 hours of sleep and waking up relatively early, students can be sure to feel and perform better.