Home / Sports / The Importance of Mental Health in Sports 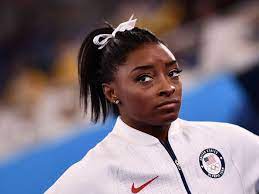 Many people, especially fans only witness one side of sports. Basketball fans see the incredible shots made and powerful slam dunks. Football fans see the strength of each player and their ability to maneuver in an unhuman like manner. But, whenever their favorite player is having an off game or even ops out of the game, the fans are quick to judge. “How could he abandon his team,” “He is letting the team down.” Yet, what many people fail to see is the mental aspect of the game, which is just as important, or even more important than the physical aspect of the game. Without the right headspace, you might perform worse, or could even injure yourself. The idea of mental health was pushed aside for many years until now, when a few famous Olympic athlete spoke up about it.

Simone Biles, one of the most decorated gymnasts of all time, suddenly  withdrew from the women’s all-around gymnastics final at the Tokyo Olympics. This happened after only one rotation on the vault portion of the competition due to mental health issues. The Guardian reports, “After further medical evaluation, Simone Biles has withdrawn from the final individual all-around competition,” it stated. “We wholeheartedly support Simone’s decision and applaud her bravery in prioritizing her wellbeing. Her courage shows, yet again, why she is a role model for so many.” But, the US gymnastics organization did say there was a possibility that she could return for the individuals in the coming week, which she did, and won third place.

Many other famous athletes including 23 time gold medalist Michael Phelps applauded her bravery, saying that this would “blow the doors open” for more people to understand the mental health of athletes. He even said that “her actions would make waves far beyond this year’s Olympic Games.” Other athletes including three time gold medalist Tianna Bartoletta said that this resonated past sports even, and that there was probably someone out there thinking that if Simone could take this step, “maybe, just maybe I can take this step to walk too.”

But despite the overwhelming support, there are also those who see her as the quitter, the villain. There were many harsh comments suggesting that “she wasn’t there for them,” and that she is even “selfish”, “immature”, and even “a shame to the country.”

There are many underlying factors that these critiques forget to understand, creating a divide in this country. We all need to understand that athletes are human as well, and in order to perform their best, they also need to take breaks as well.

Previous Cognitive and Behavioral Therapies
Next Severe Floods in Henan