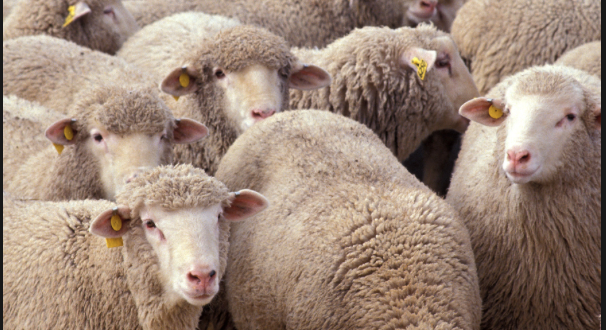 The Hidden Effects of Animal Agriculture

Exposure is the first step to understanding, and animal agriculture is a reality that people need to know. On the surface, the term “animal agriculture” represents the raising of animals for human consumption. However, animal agriculture is a more complex issue on a much larger scale. Animal agriculture also refers to the use of resources and the emission of wastes and greenhouse gases that result from raising animals for animal products. To put it simply, growing animals requires land for the animals to live, water to drink, and crops to eat. As a consequence, a lot of waste is generated, including manure which creates dead zones, which are areas of low oxygen that kill marine life, and produce methane emissions, which is a greenhouse gas that can be around 84 times more potent than carbon dioxide in the span of 2 decades. Basically, animal waste is an issue. Even deforestation is connected to animal agriculture, as forests are cleared worldwide for animal feed crops and livestock grazing, leading to habitat loss and wildlife endangerment. Yet, so many people are unaware of this issue. From a survey done by The Vegan Society in Britain, only 20% of the people knew that animal agriculture adds to climate change. So here is some important things that everyone needs to know.

According to the Food and Agriculture Organization of the United Nations (FAO), livestock grazing takes around 26% of all land, and 33% of cropland are used for the production of livestock feed. In addition, FAO states that if 40% of crops that are produced for feeding animals are changed to crops for human consumption, there would be enough cropland to feed 9 billion people in 2050. Currently, there are currently about 7 billion people in the world and 1 in 9 people go to bed hungry each night. However, while more than 800 million people suffer from chronic hunger, almost 1 billion people do not have access to clean sources of water. The water that go to livestock and feed could instead be used for the people. To put water consumption of animal production into perspective, 47% of California’s water footprint is due to water-intensive feed for the production of meat and dairy products while household use contributes only 4%.

Evidently, a lot goes into animal agriculture. However, there are also many harmful consequences that result in animal farming. One effect is dead zones. These dead zones are created when an excess of nutrients and toxins from manure and fertilizer flow into waterways, which then stimulates the growth of algae. The decomposition of algae causes hypoxia, which is a lack of oxygen. The reduction of oxygen restricts respiration of marine creatures, starting from shrimp, the bottom of the food chain, and up. The National Oceanic and Atmospheric Administration reports that the dead zone in the Gulf of Mexico is currently the largest in the world at 8,776 square miles, which is roughly the size of the state of New Jersey.

Animal agriculture also adds to climate change. The chapter Global Warming: Role of Livestock, by Dr. Veerasamy Sejian, who studies in animal physiology, and other professionals, reports that animal agriculture contributes to around 18% of global greenhouse gas emissions, both directly and indirectly. Direct emissions include chemical activities in manure and excretion of urine, while indirect emissions comprise of fertilizer and animal product processing and transportation. Although the FAO reports that animal agriculture is responsible for around 35-40% of anthropogenic methane emissions, the Humane Society of the United States explains that carbon dioxide and nitrous oxide are also produced by animal farming through crop cultivation, deforestation, factory farms, production of fertilizer, and other steps in the process of animal agriculture. Together, these greenhouse gases hasten climate change.

Livestock farming has a huge impact on the environment, and many people do not know. Although animal agriculture may seem like a large issue, anyone can make a difference to help. The first step to helping our environment is education. Educate yourselves and educate others. You can also start making small changes in your life and your actions truly make a change. If everyone in the U.S. ate one plant-based meal a week, it would be equivalent to not driving 91 billion miles – that’s taking 7.6 million cars off the road. If you are willing to take a challenge, I suggest you try just that – eating one plant-based meal once a week. That means no eggs or dairy either! Or perhaps you are ready to take on a greater challenge? Try eating vegan for one month. According to Cowspiracy, an environmental movie that focuses on animal agriculture, and Dr. Joel Khan, who educates people on the health benefits of a plant-based diet, by eating a plant-based diet for one month one you “help avoid the death of 33 animals, the use of 33,000 gallons of water for animal food production, the destruction of 900 square feet of forest, the creation of an extra 600 pounds of CO2 gas, and the feeding of 1,200 pounds of grain to animals that could have fed starving communities worldwide.” Just based on your diet, there are so many ways to help the environment. Even if you do not go vegetarian or vegan, choosing meat options that negatively impacts our environment less helps too. There are always ways to help our environment, and because it is something that everyone shares, we should all put in our effort to take care of it.

Monbiot, George. “There’s a Population Crisis All Right. But Probably Not the One You Think | George Monbiot.” The Guardian, Guardian News and Media, 19 Nov. 2015, www.theguardian.com/commentisfree/2015/nov/19/population-crisis-farm-animals-laying-waste-to-planet.

Previous Body Odor’s Prophetic Abilities
Next The Color of Water